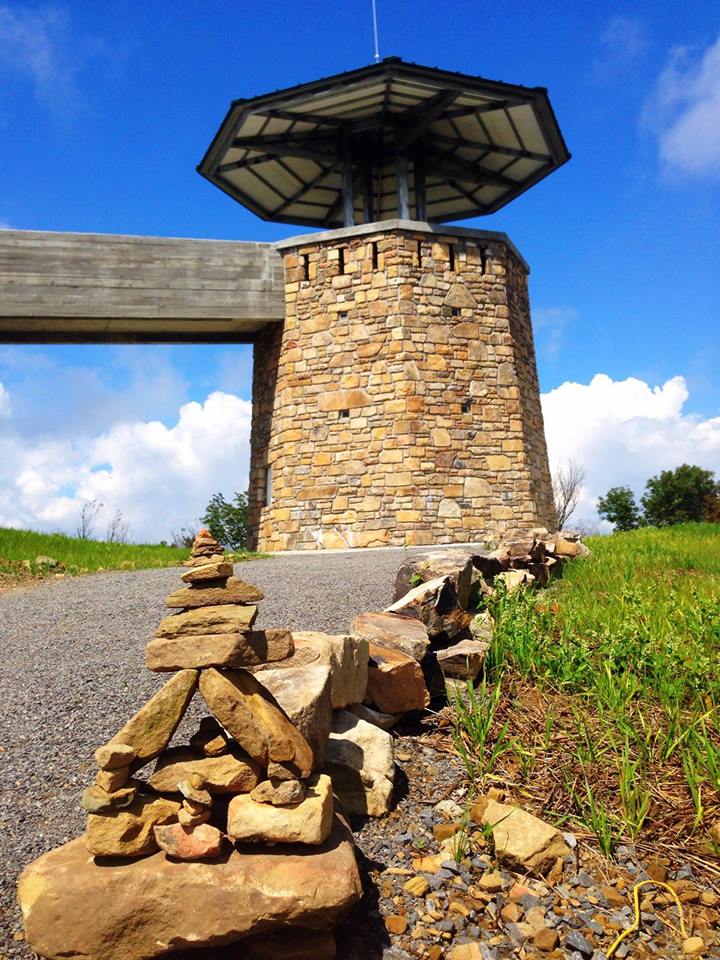 A brand new observation tower with a long history opened in 2014 atop High Knob Recreation Area. At an elevation of 4,223 feet, the original tower built in the 30s burned down 40 years later. In 1978, Flatwoods Job Corp. built a new three story tower that met its demise by arson in 2007. Thanks to a dedicated community of volunteers in partnership with the Clinch Ranger District, a new, fire-proof tower to compliment and showcase the spectacular view of 5 states was erected. It has become a symbol of hope, like the legendary phoenix rising from the ashes, offering locals and visitors alike an unparalleled view from Stone Mountain.

The High Knob area of Stone Mountain forms one of the greatest natural areas in the eastern United States. Today its calcareous heart has been breached by massive erosion to expose an ecologically renowned karst landscape which stretches from the Powell Valley area of Wise County, southwest across the Powell River Valley of Lee County to the Norris Lake of Tennessee. Drainage from High Knob has also formed hydrologically complex conduit systems which led to formation of the magnificent Natural Tunnel.

For the visitor, it is a place that will WOW you! Come and bring your camera!

Keep your eye out for FlagPoll!