Visit the Northern Neck and its Water Trails 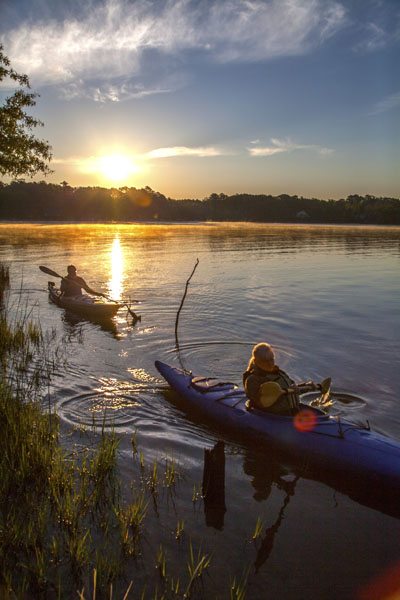 The Northern Neck, comprised of the Counties of King George, Westmoreland, Richmond, Lancaster and Northumberland, is a peninsula between the Potomac and Rappahannock Rivers, with its easternmost edge fronting the Chesapeake Bay.

Captain John Smith explored and mapped the Northern Neck, including contact with the Indian tribes, through his two landmark voyages around the Chesapeake Bay in 1608. Today, museums, parks and other attractions along the Chesapeake Bay serve as gateways interpreting the native cultures and natural environment of the region as part of the nation’s first water trail, the Captain John Smith Chesapeake National Historic Trail, launched in 1607 to coincide with the 400th commemoration of the founding of Jamestown.

Additional county-specific water trail maps have been developed for visitors and residents who seek to explore the region as John Smith did. Some areas, especially those along Cat Point Creek, a tributary of the Rappahannock River in Richmond County, remain as pristine as when Smith and his crew were there.