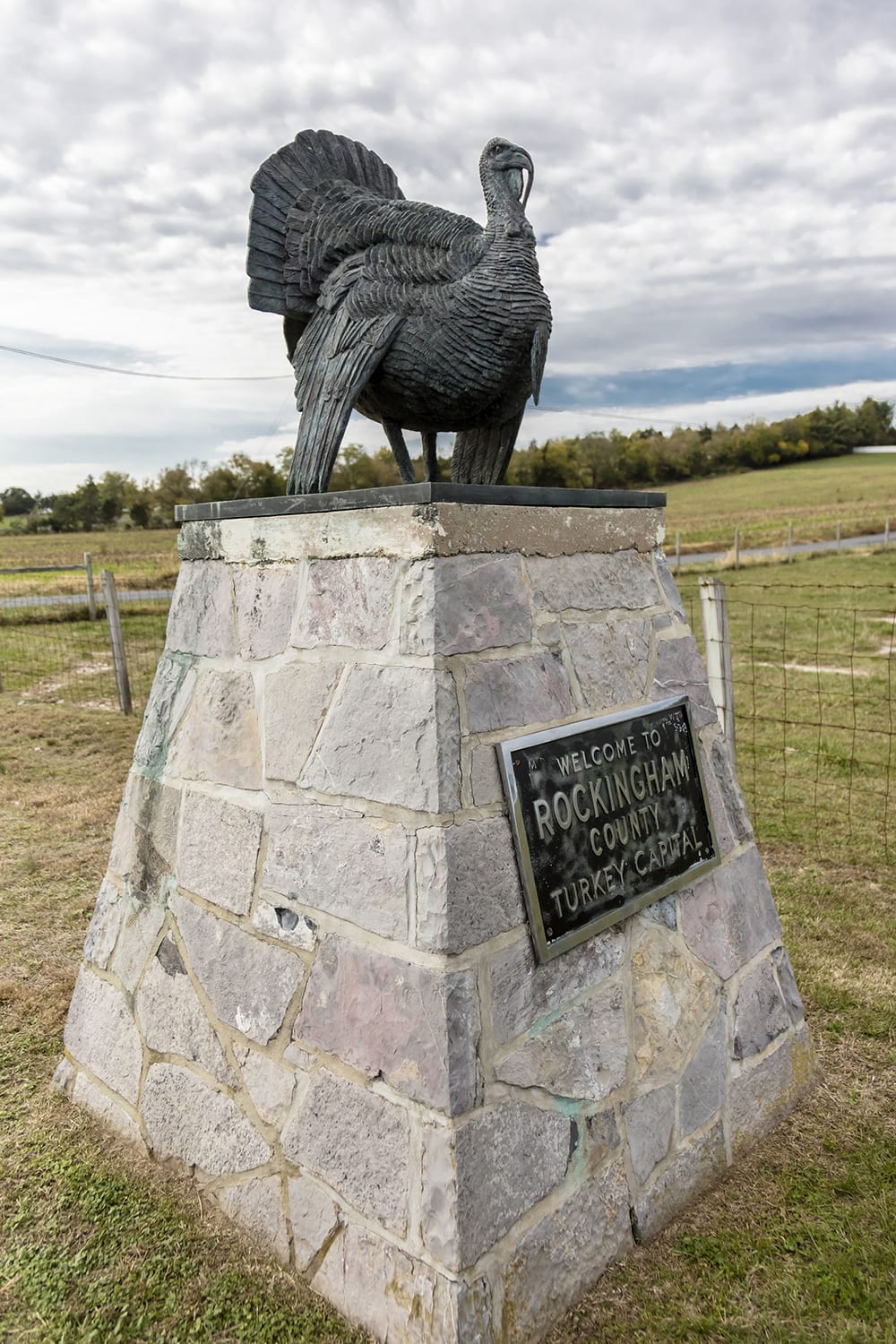 Rockingham County boasts hundreds of turkey farms and has a proud tradition that dates back to the Roarin’ 20s.

“The modern turkey industry has its roots in Rockingham County,” said Hobey Bauhan, President of Virginia Poultry Federation, in a 2011 interview. “Back in the 1920s, a man named Charles Wampler, Sr., experimented with incubating turkey eggs and raising turkeys in confinement. He was successful and that was really the genesis of the modern turkey industry.”

The industry grew in Rockingham, so much that in the 1950s, the county adopted the moniker, “Turkey Capital of the World.”

Enter the locality on Route 11 from the north or south and you’ll see beautiful bronze statues of turkeys that were erected in the 1950s.