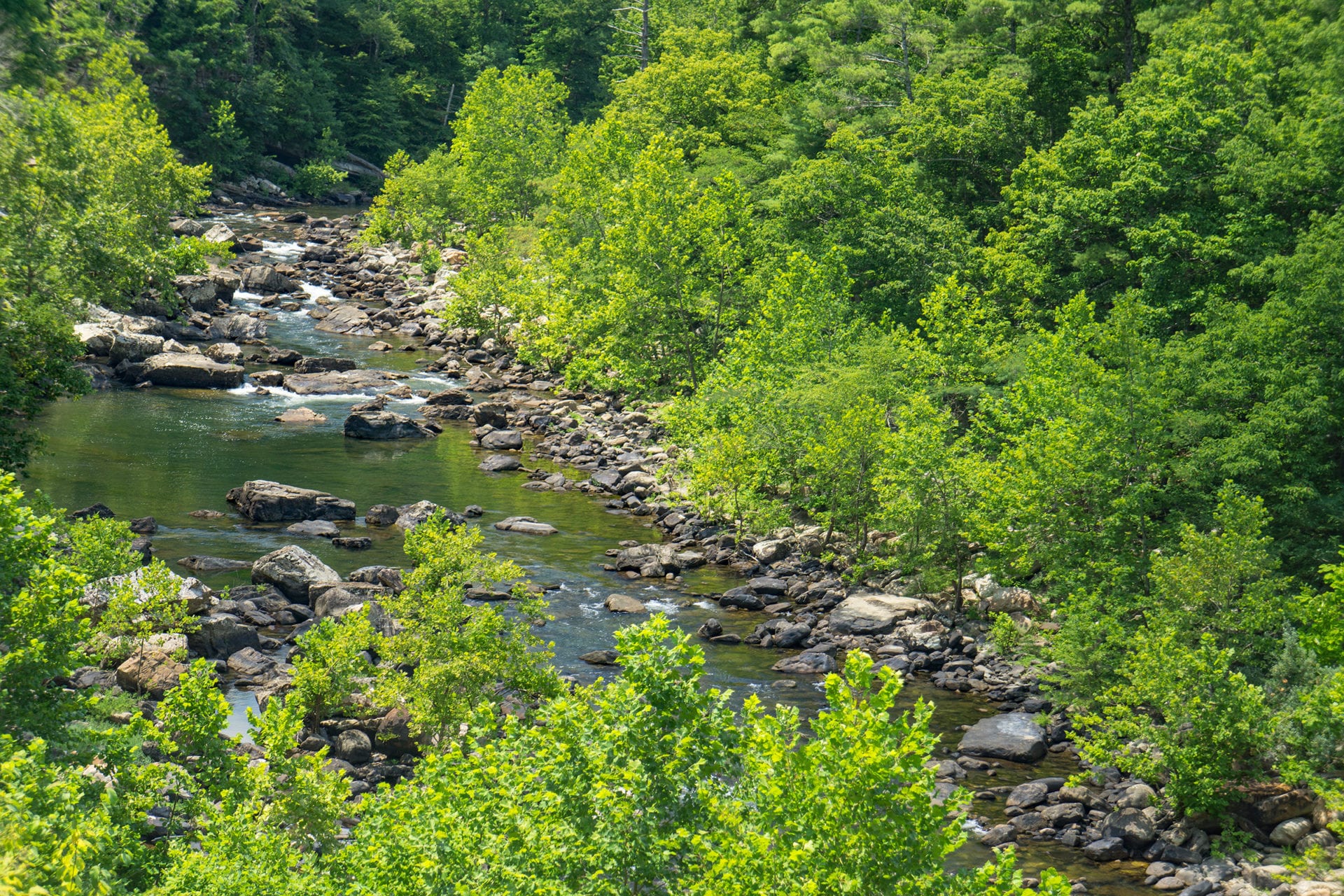 Traveling interstate 81, you get a quick look at the Maury River just north of Lexington as it passes beneath a bridge underneath your wheels. If you’re traveling U. S. 11 instead of the interstate, you get a more intimate look at the river. But neither perspective gives you a true picture of this fast mountain stream that offers so much to so many outdoorsmen. Nor would the traveler who looks upstream or down know that the river gathers its headwaters miles to the north beyond U. S. Highway 250 which snakes through the rugged mountains between the western Virginia towns of Churchville and Monterey.

Small mountain streams, many of which hold native brook trout, join to form the Calfpasture River, which merges with the Little Calfpasture River just west of Goshen Pass. There the Maury River is born. The water of the two major tributaries barely have time to mingle before the Maury enters the famous Goshen Pass and begins a turbulent run downstream, dropping as much as 20 feet in one 100 yard stretch of the river. Once through the Pass the river drops into the valley, continuing toward Lexington at a fast pace. It maintains that rate of flow, except where man intervened, until it enters the James River at Glasgow.

Unlike most Virginia rivers the Maury is contained entirely within Rockbridge County. It does not cross any county lines. While nature designed the Maury as a fast flowing stream from its headwaters to the confluence with the James, several dams have changed its personality. A pair of dams, an eight-foot one in Lexington and a 20-foot one near Buena Vista, impound the fast water, forming stretches of calm water behind them. READ MORE

5th Step on the Pathway to Recovery®