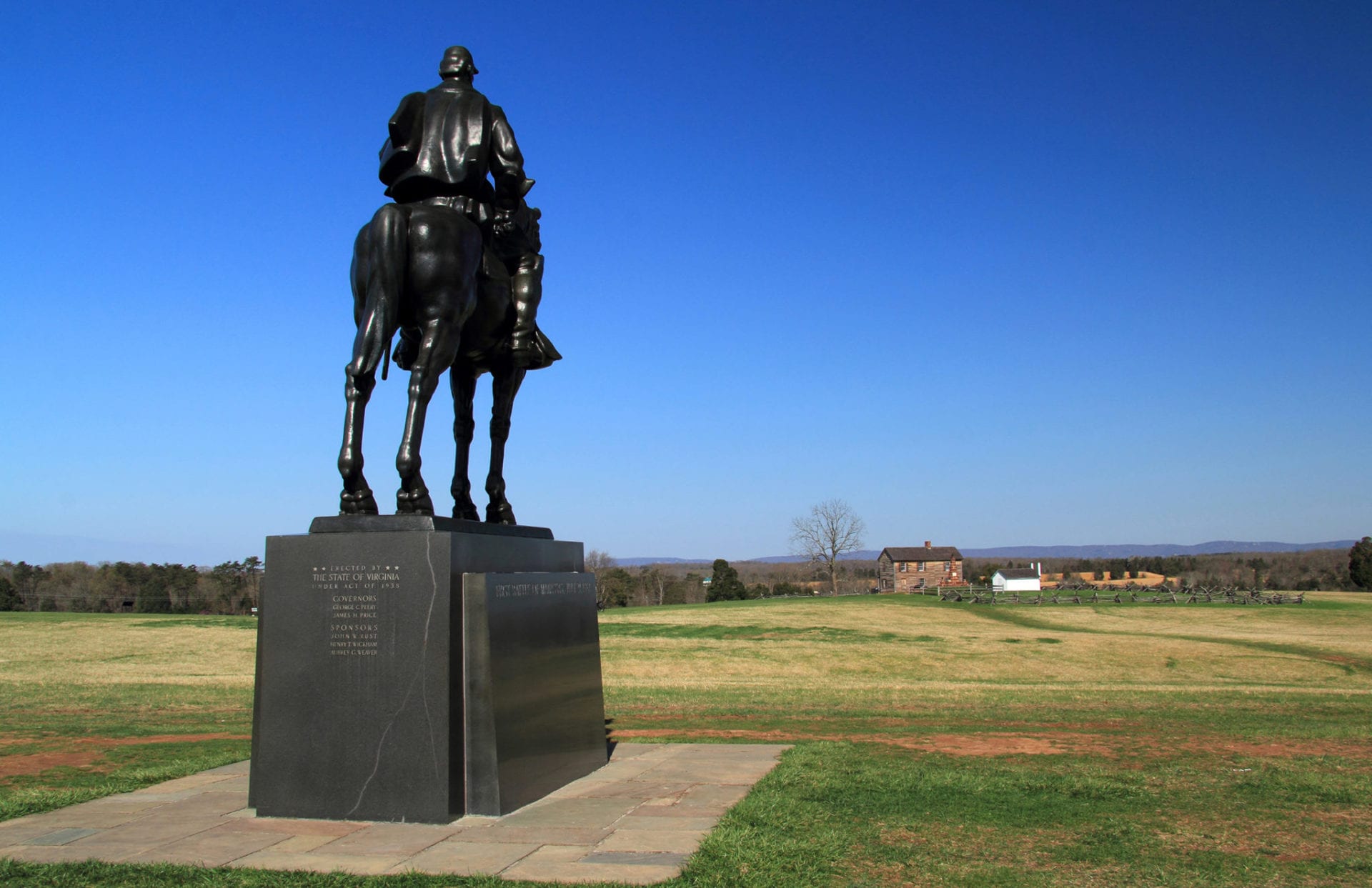 Much of the landscape within Manassas National Battlefield Park still retains its wartime character. Henry Hill, focus of heavy fighting at First Manassas in July 1861, is still cleared, though now neat and lush after decades of farming. A new farmhouse marks the site of the old. The unfinished railroad, scene of much of the fighting at Second Manassas, still runs through the woods north of the Warrenton Turnpike. The peacefulness of the Chinn Farm, its house and outbuildings now gone, belies the violence that took place there. The Stone House – the former Union aid station – still stands as it has since the 1840s, overlooking the Warrenton Turnpike. These and other sites on the battlefields of Manassas can be reached by following hiking trails and driving tours. Uniformed National Park Service personnel will gladly answer your questions and help you make the most of your visit.