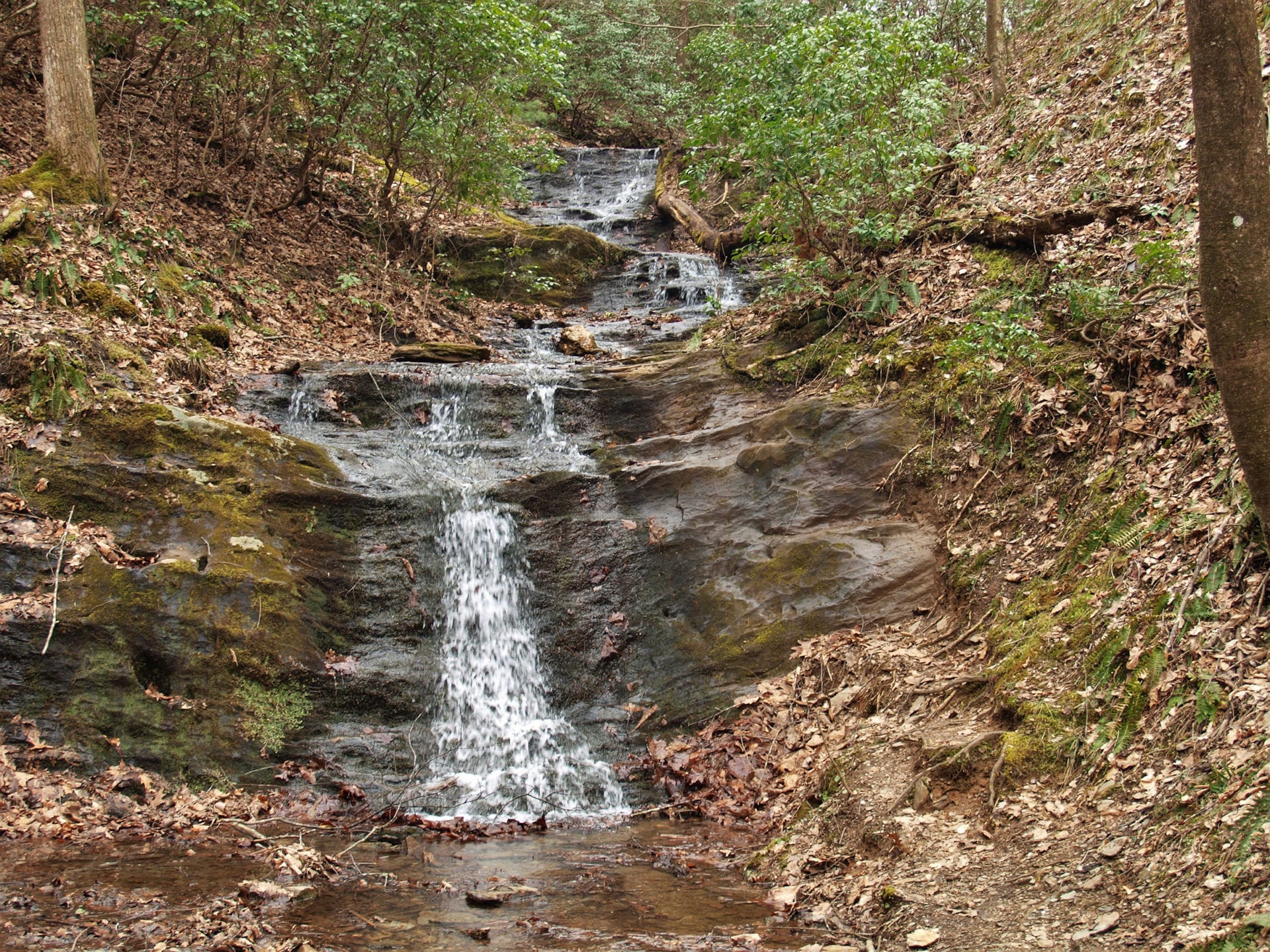 Fairy Stone State Park has a special discovery in store for you who like to hike, it’s a waterfall and it is affectionately called Little Mountain Falls. But sometimes it is called “Big Mountain Little Falls” by those who hike it in the drier months.

Little Mountain Falls was nicknamed Big Mountain Little Falls in a cabin journal I read recently. That made me chuckle as I would probably say the same thing. Unless there has been a heavy rain you won’t see much of the water falling over the rocky steps that create Little Mountain Falls. But I always like to have a goal in mind when I hike, a special overlook, or scenic sight of interest, so for us this did the trick (or would that be trickle?)

Nevertheless, it is a hike-able reward, so we cast aside the aspersions of the day and donned our newly purchased Virginia State Parks walking sticks that we bought at the park office, and off we went to discover these mysterious falls, or the lack thereof.