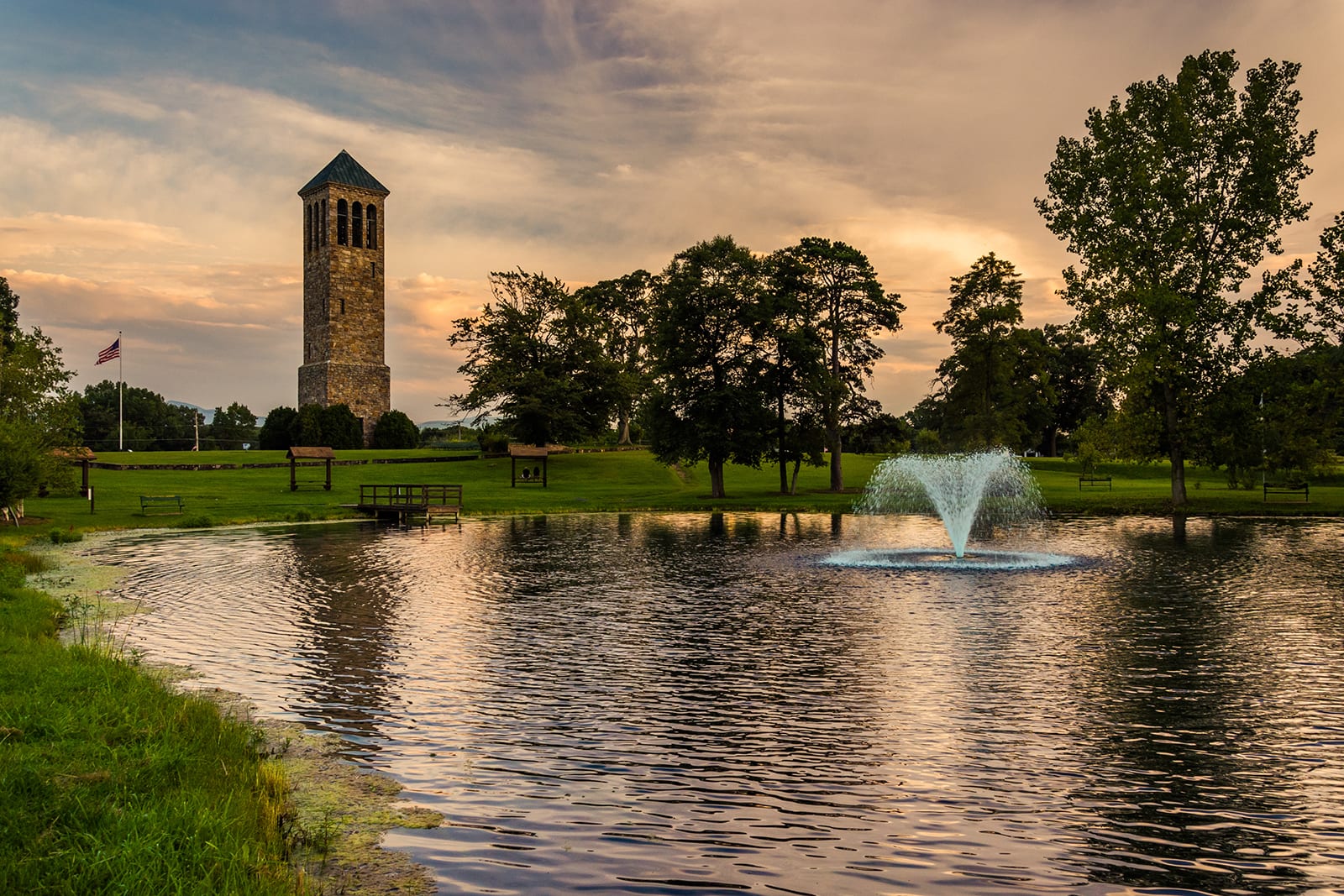 The Luray Singing Tower, officially known as the Belle Brown Northcott Memorial, was erected in 1937 in memory of Colonel T.C. Northcott’s wife. At 117 feet in height the Luray Singing Tower contains a carillon of 47 bells. The largest bell weighs 7,640 pounds and is six feet in diameter. The smallest weighs a mere 12 1/2 pounds. Recognized as one of the country’s major carillons, regularly scheduled recitals are held, free of charge, throughout the spring, summer and fall. The carillon is situated in a park opposite Luray Caverns.

SOURCE: Virginia is for Lovers