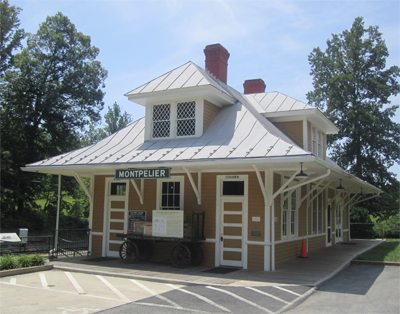 On February 21, 2010, it became the home of James Madison’s Montpelier’s newest exhibit — The Montpelier Train Depot: In the Time of Segregation. In 2008, the Montpelier Foundation undertook a one-year renovation of the Depot.

Thanks to Childs’ vision and dedication, Montpelier will be able to share the truth of all of our American history with generations to come.