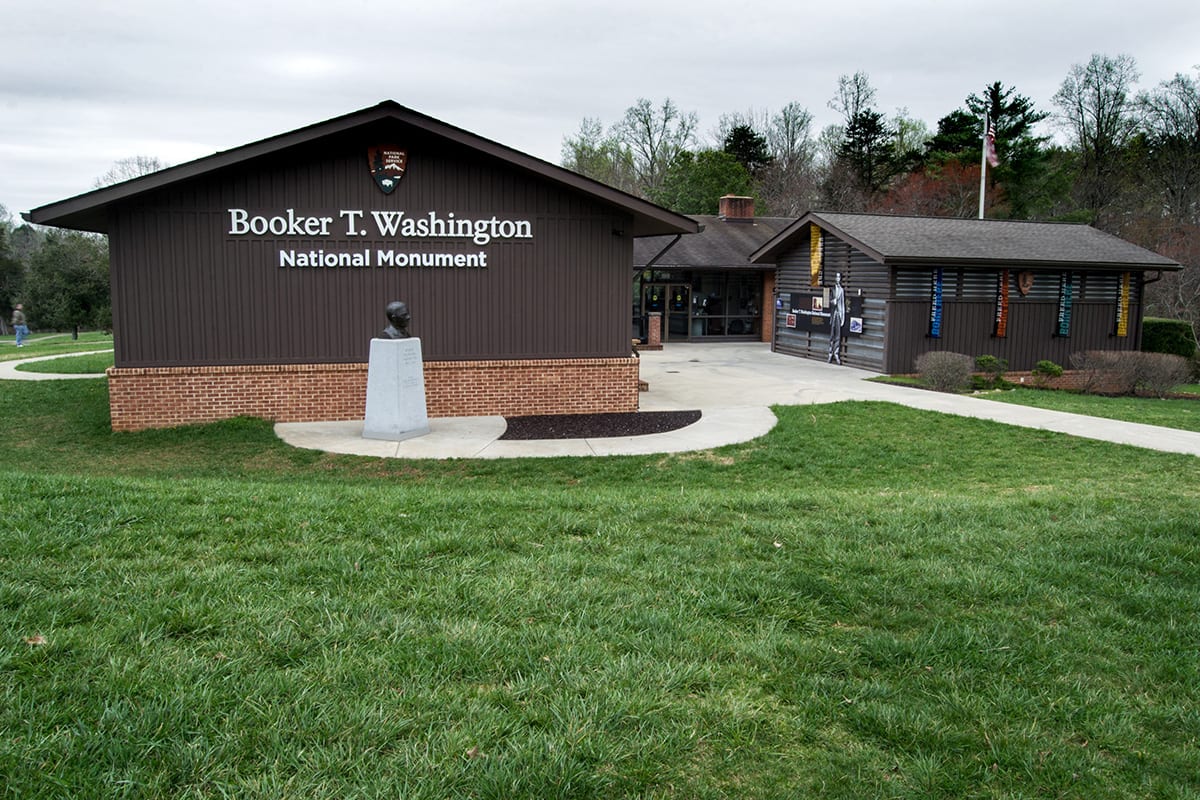 Booker T. Washington
Booker T. Washington was born in April 1856, during a time when the United States of America was trying to work towards a solution dealing with slavery. Since the beginning, the colonies and most of the territories that became the United States had developed by agrarian economics utilizing slave labor. By the early 1800’s, factories had become the major economic system of the Northern States while the Southern States remained agrarian. As slavery ceased to exist in the most Northern States, abolitionists began to demonstrate and influence state governments pushing toward the emancipation and sometimes the relocation of former slaves and descendents. There are many events that helped to shape people’s opinions of the institution of slavery.

Mid-19th Century Slavery in Piedmont Virginia
James and Elizabeth Burroughs moved to Franklin County, Virginia in 1850. They brought slaves with them to work on the farm and one of those slaves was Jane. Jane gave birth to Booker in April 1856. He was one of three children that Jane had while living on the Burroughs plantation and he would later be known as Dr. Booker T. Washington. It is unknown if Jane had given birth to more children that may have been sold.

Booker T. Washington wrote in his autobiography, Up From Slavery, about his birth and nine years living as an enslaved person on the Burroughs plantation, a tobacco plantation in piedmont Virginia. “I was born in a typical log cabin, about fourteen by sixteen feet square. In this cabin I lived with my mother and a brother and sister till after the Civil War, when we were all declared free. Of my ancestry, I know almost nothing….the cabin was not only our living-place, but was used as the kitchen for the plantation. My mother was the plantation cook. The cabin was without glass windows; it had only openings in the side which let in the light, and also the cold, chilly air of winter…there was no wooden floor in our cabin, the naked earth being used as a floor.” He described never sleeping in a bed but just on “a bundle of rags.”

Washington described the early years of his life as being “not very different from those of thousands of other slaves.” He had the desire to get an education but was not allowed to go to school, although he was expected to carry the books to school for Laura Burroughs, one of the owner’s daughters who was a teacher. He remembered wearing a flax shirt that was very painful to wear when it was new because it felt like “a dozen or more chestnut burrs or a hundred small pin-points coming into contact with his flesh.”