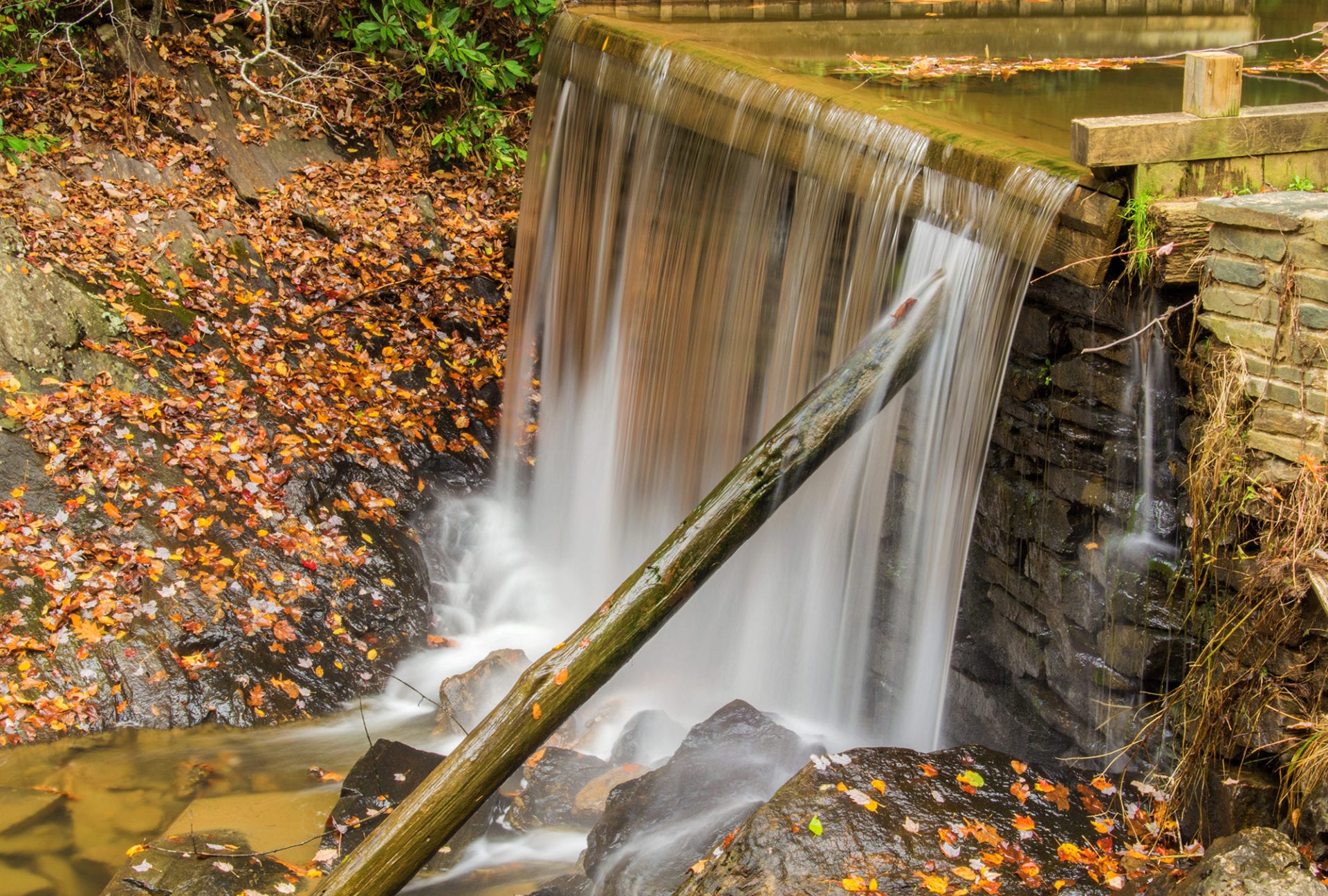 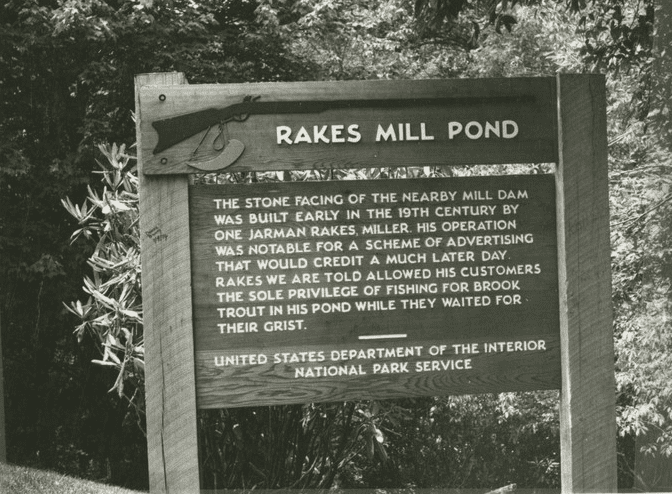 A wooden sign (right) with interpretive historical information about Rakes Mill Pond. The text on the sign reads, “The stone facing of the nearby mill dam was built early in the 19th century by one Jarman Rakes Miller. His operation was notable for a scheme of advertising that would credit a much later day. Rakes we are told allowed his customers the sole privilege of fishing for brook trout in his pond while they waited for their grist.” Image taken by Robert G. Bruce in August of 1976. Image taken at milepost 168 of the Blue Ridge Parkway, near Rakes Mill Pond in Floyd County.