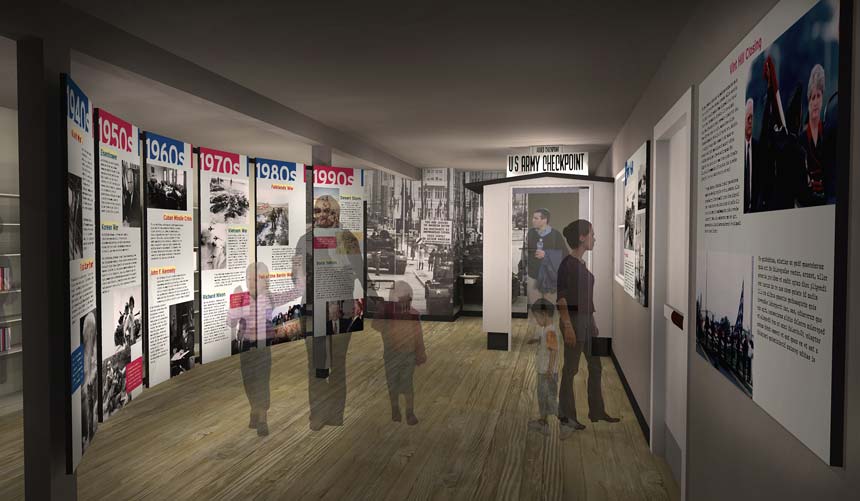 Welcome to the Cold War Museum
From the 1940s until the 1990s the rivalry between the democratic Free World and the nations of the Communist bloc affected Americans’ daily lives and events throughout the world. This “Cold War” actually became a “hot” one in Korea, Vietnam and the Gulf War but generally took the form of espionage and diplomatic maneuvers, with the United States, the Soviet Union and China as the major combatants. The Cold War Museum seeks to memorialize the people and events of those years and educate future generations about that era.

The Museum
We are developing our permanent location at Vint Hill, a former Army Communication base used by the NSA, CIA and Army Inteligence during the Cold War. Features in the permanent museum building will include a central hall with exhibits, a small theater, the main gallery, a picture gallery, library and study areas and gift store. The central hall will include items from the Berlin Airflift, USMLM, USS Pueblo, USS Liberty, the U-2 Incident, the Bay of Pigs and the Cuban Missile Crissis.

Online you will find links to virtual exhibits, photo galleries, newsletters and many other collections of cold war related material. In our Gift Store you can purchase artifacts, books, jewelry or simply make a tax deductible donation in support of cold war history preservation.