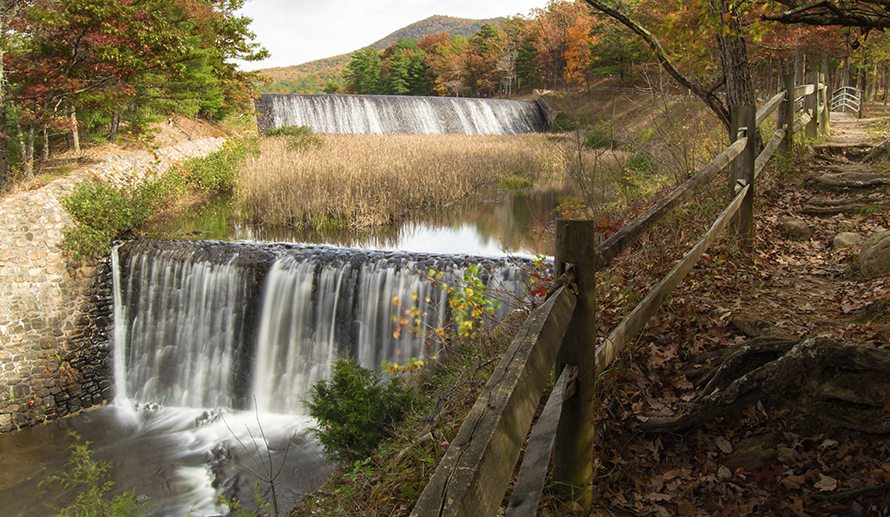 Douthat State Park opened June 15, 1936. It was one of the original six state parks of Virginia. The Douthat Land Company, a group of businessmen, donated the first portion of land — 1,920 acres. In 1933, the Virginia General Assembly allotted $50,000 for the purchase of land for state parks, and the remainder of the present-day park was purchased with this money. Approximately 600 men from the Civilian Conservation Corps developed and constructed the majority of the modern-day park system between 1933 and 1942.