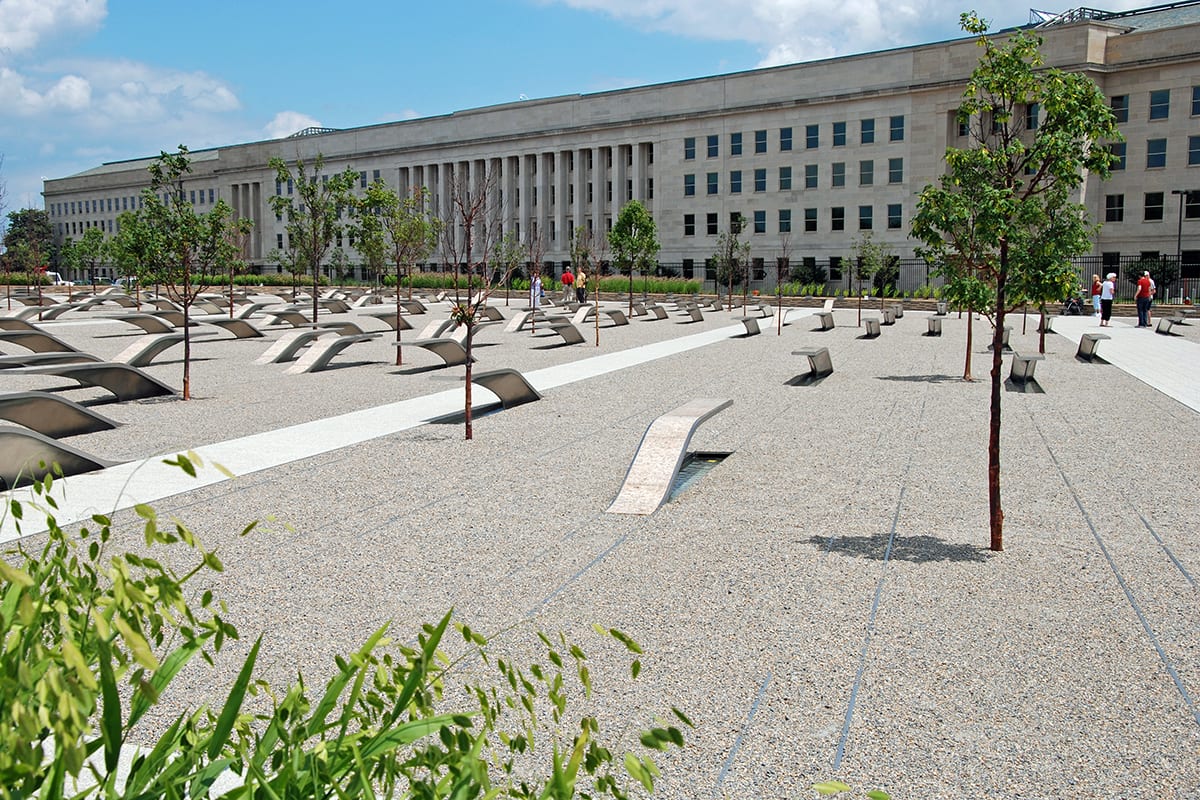 On September 11, 2001, terrorists hijacked a plane and flew it into the Pentagon, our nation’s military headquarters, and killed 184 federal employees, military personnel, civilians and flight crew. The victims – men, women, and children– ranged in age from three to seventy-one, and represented a cross-section of America. The physical damage to the Pentagon was rebuilt in less than one year, but the attacks forever changed our world.

To preserve the memories of those lost and the day’s tremendous significance in our nation’s history, the Pentagon Memorial Fund, Inc. was formed to raise the necessary funds to build a simple but meaningful memorial near the site of the attack for all to visit. The Pentagon Memorial Fund is also dedicated to developing educational resources and outreach opportunities to help visitors understand the historic significance of the site and the events that occurred on September 11, 2001.

In 2003, a large cross-section of corporations, countries and individuals – including family members of the victims, former presidents and first ladies, members of Congress, former military leaders, people from across America and the world – joined together in support of the Pentagon Memorial Fund.  With this united effort, the Pentagon Memorial was dedicated on September 11, 2008, the first of the three national 9/11 memorials to be dedicated in this country.

Since opening to the public, research has shown that there is a unique teachable moment at the Memorial to explain the events at the Pentagon on 9/11, the stories of the victims and heroes; the role of the Department of Defense and Pentagon; and how the United States and governments around the world are working together to prevent future attacks.