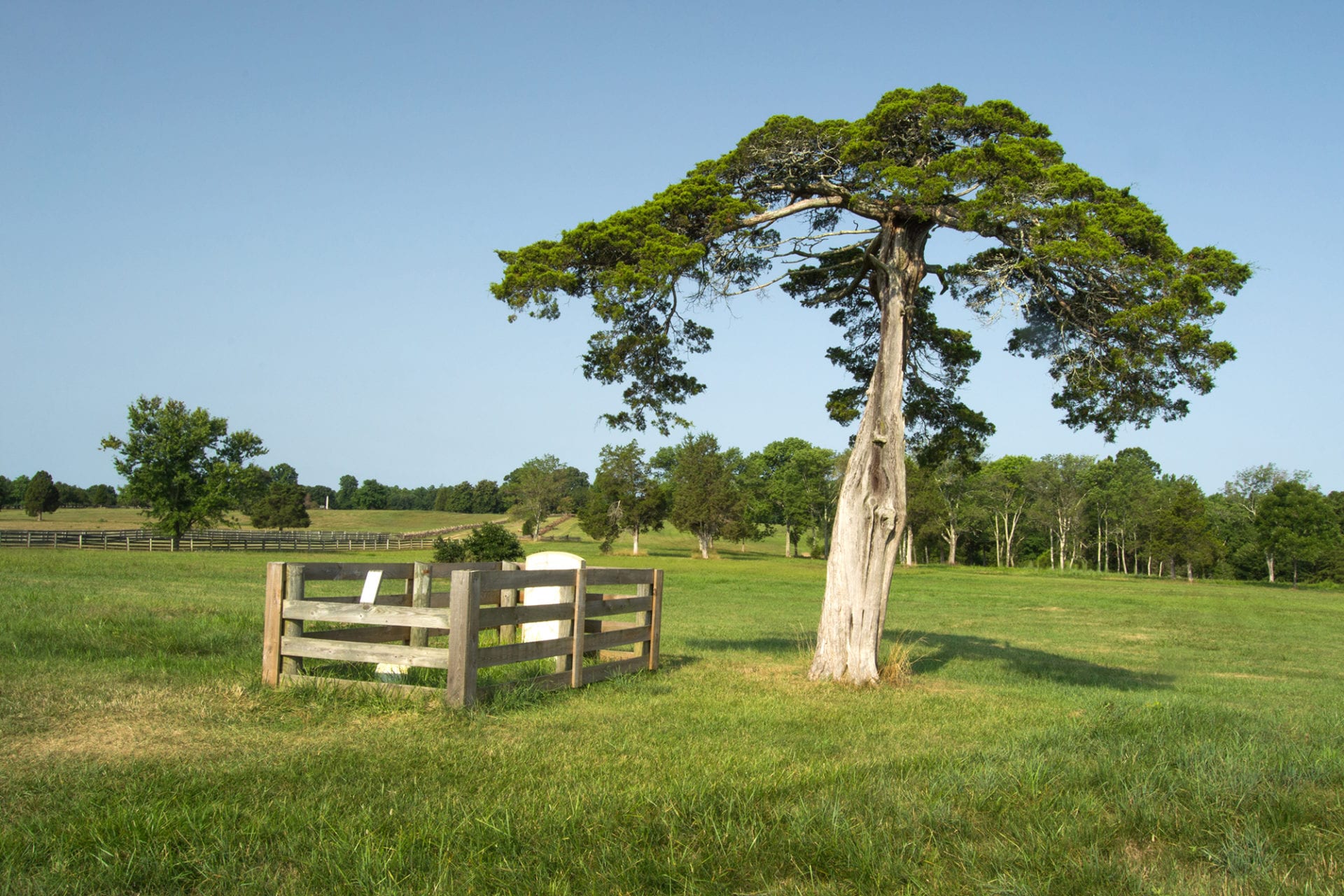 This is the grave of Lafayette Meeks, a village resident who entered service with the 2nd Virginia Cavalry in the spring of 1861. Several months later, at the age of 19, he died of typhoid, having never seen battle. Like two-thirds of all American Civil War deaths, he died of a disease, not a gunshot wound. Today we remember young Lafayette, and roughly a half million others whose war ended similarly. Today we also think of Sgt. Robert Parker, also of the 2nd Virginia Cavalry (from Bedford); Pvt. William (Willie) Montgomery, 155th Pennsylvania Color Bearer; James Wilson, 14th Virginia Cavalry; Lt. Col. Augustus Root, 15th New York Cavalry; Pvt. Jesse Hutchins, 5th Alabama Battalion, and approximately 200 others who were killed, or mortally wounded at Appomattox County just hours before the surrender. Whether these soldiers were from Appomattox County and didn’t see a single battle, or whether they are from all over the North or South and saw 30 battles, we remember them today. We remember them everyday.

General Fund Revenue Collections Up in February; Unemployment Down