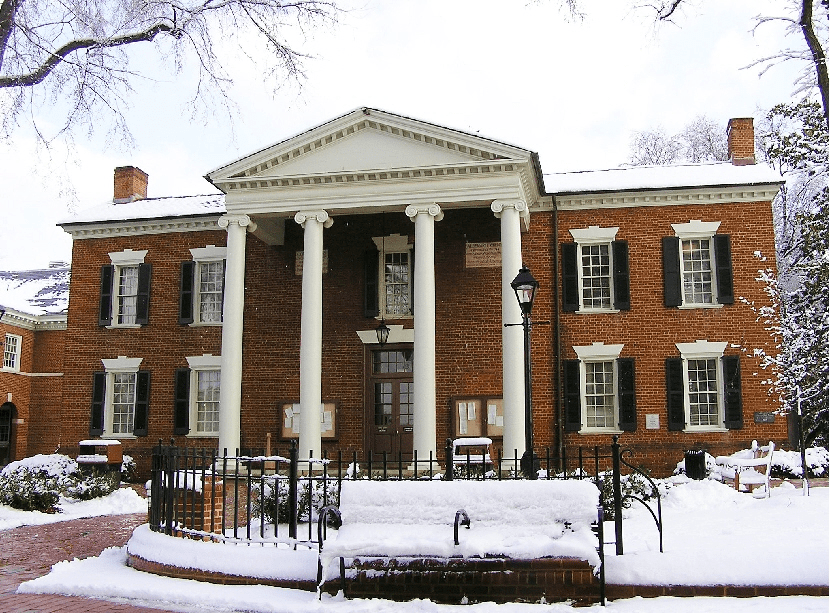 Description: The building faces south and is a two story red colored brick structure. The building is located on landscaped grounds in the center of Charlottesville. The south front has a large portico with four tall Ionic columns rising to a pediment at the roof line. The windows have stone headers. On the roof is a white colored octagonal cupola. The building has expanded northwards. The 1762 building was torn down and the building was enlarged in 1803. The architects were Willliam D Meriweather, Isaac Miller and George Divers and the contractor was John Jorday. An addition was constructed in 1859 and in 1879 to 1880, the courthouse was enlarged with the addition of the south wing with its Ionic portico. Renovation work was done in 1938. The architect was Milton Grigg and Flloyd Johnson. The building was renovated in 1963. The architect was Johnson, Crevan and Gibson. The building is located on the east side of Courthouse Square with the District Court along the west side.