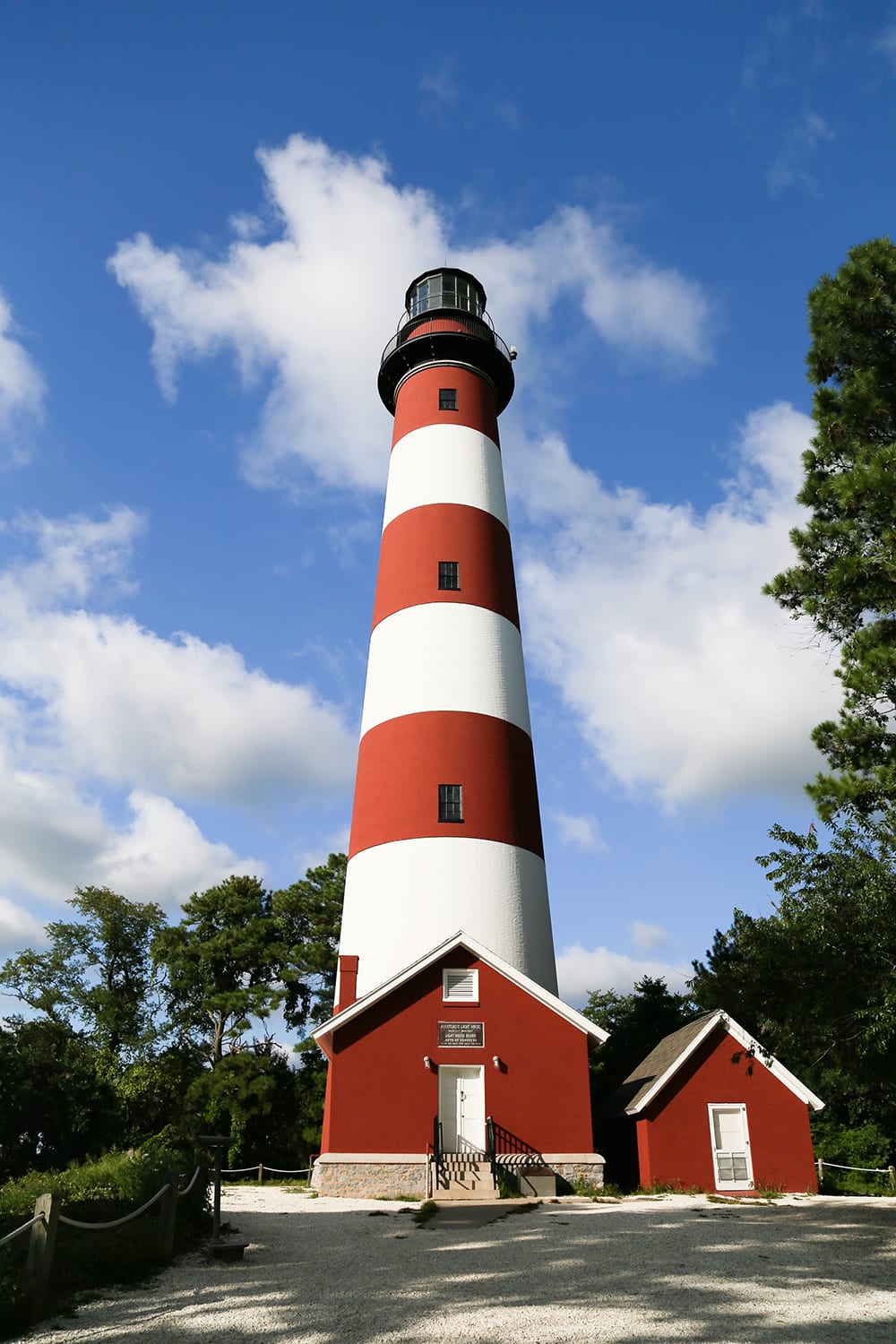 The Assateague lighthouse was built, along with many others along the Atlantic Coast, to combat the alarming number of shipwrecks that were occurring as coastal shipping commerce grew.

The first light was an oil-burning, fixed Fresnel lens, visible for up to 18 miles. This Fresnel lens is now located in the Museum of Chincoteague Island. In 1961, it was replaced by the DCB-36 rotating beacon which is still in use today and is visible for 22 miles. Inside the brick tower, a cast iron staircase leads up to the lens tower.

The lighthouse tour is Free to the Public. The lighthouse can be accessed from the first parking lot on the right after entering Assateague Island.