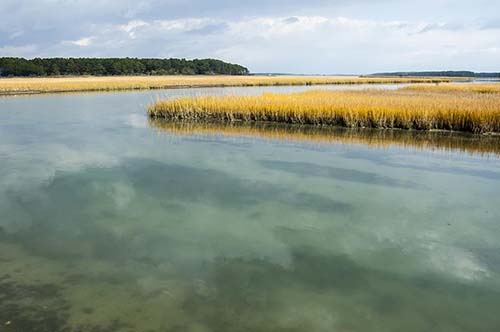 Accomack & Northampton Counties, VA: The Artisans Center of Virginia (ACV), in partnership with citizens on the Eastern Shore of Virginia, celebrates the naming of the newest artisan trail in the Virginia Artisan Trail Network system:

After six months of community meetings, lunch & learns and an exciting amount of creative input with consideration by key stakeholders and the trail’s management team, consensus led to the branding of their artisan trail.

“Inspired by the diversity of the landscape and its people, the creativity on the Eastern Shore, be it through art, food, drink or history is limitless. Following the trail enables everyone to drink in the abounding warmth and hospitality of our region while experiencing all that Virginia’s Eastern Shore has to offer.” Miriam Elton, owner, brown dog ice cream

With 24 trail sites already signed on during the preparation phase of the program, the Naming of the Trail kicks off the Official Registration Period for trail sites. Although registration in the program is year ‘round, those who wish to be included in the trail’s launch brochure/map, which is a comprehensive print feature, must register by January 15, 2015.

The trail’s “handcrafted and locally grown” focus offers an attractive and compelling pathway celebrating the artisan traditions and culture of the Eastern Shore region and is viewed as a major economic development and tourism initiative for the area. Along with networking and connecting local businesses in a community collaborative, promoting the visibility and sales of local artisan-related products, the Trail will provide an important boost to the area’s general tourism industry by extending visitor stays in the community and increasing the attractiveness as a tourist destination.

“Our market vendors are all local farmers, watermen and artisans who bring their bounty to the market each week, therefore we believe that The Onancock Market qualifies as the very definition of who should be an Artisan Trail participant. We look forward with excitement to the launch of Virginia’ Eastern Shore Artisan Trail and believe it is a most appropriate and valuable media vehicle in which to promote the Onancock Market!” Janet Fosque, Onancock Market Manager