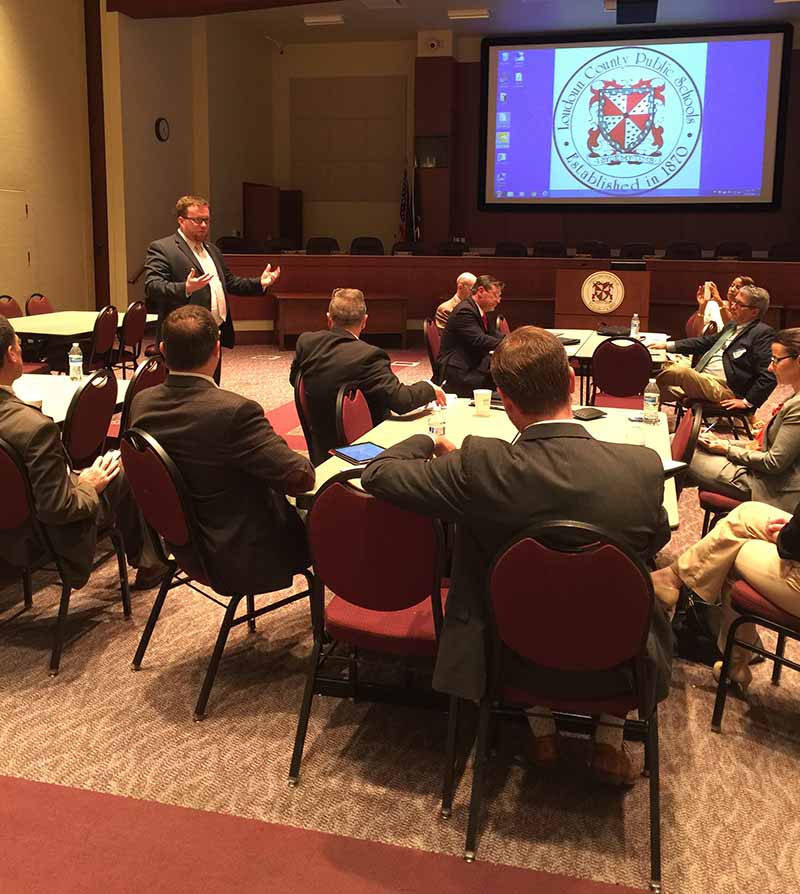 Transportation was the topic of the night at the Region 8 Meeting on June 22. The event was held at the Loudoun County Public Schools Administration Building.

Nick Donohue, Virginia Deputy Secretary of Transportation, was the guest speaker and spoke about the recent approval of the Commonwealth Transportation Board’s (CTB) first 6 Year Improvement Plan under HB 2 (Stolle).

The CTB approved $1.7 billion in transportation projects throughout Virginia on June 14. Donohue said under the old program, more projects might have been approved but only with partial funding. This meant too many projects were simply left to lapse without being completed. Donohue added that every project in the new 6 Year Improvement Plan is fully funded.

CTB received 287 project requests last fall and fully funded 163 projects. Under the process established through HB 2 the “most pressing needs” were addressed first.

Delegate Randy Minchew, Delegate Dave LaRock and Delegate Jennifer Boysko attended and spoke at the event. VACo thanks them for their participation. The conversation between regional leaders and the legislators made the meeting productive and informative.

VACo will visit Henrico County on July 14 for the Region 3 Meeting.

VACo Staff on the Move