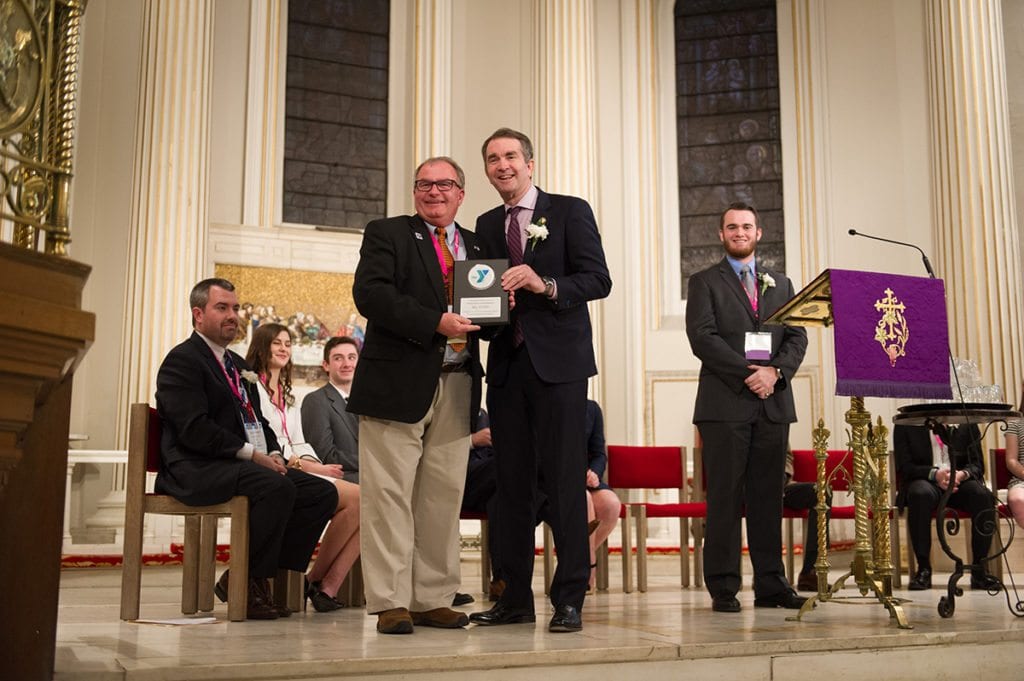 Q1. In addition to serving on the Board of Supervisors, you are a longtime educator, teaching government in Rockingham County schools.  How did your classroom experience prepare you for elected office?
Billy Kyger: Being a United States Government teacher allowed me the opportunity to have a real good idea of how, in theory, government should work. I had full understanding of our federal system of shared governmental powers between the national government and the states. I also fully understood the Dillon Rule as it relates to Virginia local government and its relationship with the state government. I must admit that I also had a better idea of how to run a campaign.

Q2. Your classes study the debates among the Founding Fathers over the direction of the new nation.  Are there some leadership lessons you’ve drawn from the Founders that have been helpful in your career in public service?
BK: I am very fond of the philosophical differences between Hamilton and Jefferson on the relationship of government and the people. I have read and studied, and continue to do so today, the Federalist Papers and the Anti-Federalist papers- they provide great insight into the development of our powerful two-party system and the political struggles we face today. Madison wrote in Federalist 51 “If men were angels, no government would be necessary.” How true is this. It helps to remind me that government is all about serving the people and protecting their civil liberties and rights. It’s absolutely not about the people serving the government. I look at my role as truly being a public service.

Q3. You’ve been actively involved with VACo throughout your time in office, including serving as VACo President in 2008.  How has your involvement with VACo influenced your service on the Board of Supervisors?
BK: It has greatly broadened my perspectives. It has also allowed me the opportunity to learn from others and to also educate others about the importance of agriculture (Rockingham County is the Commonwealth’s leading ag county). The opportunity to network statewide and nationwide via NACO helps me share solutions to problems and new ideas with my colleagues on the Board of Supervisors. It also helps to advocate for many local government issues with state and federal elected officials. Needless to say, I also have made a great number of wonderful friendships along the way.

Q4. In your view, what are the biggest challenges and opportunities facing Rockingham County in the next 10 years?
BK: Population growth and increasing government service delivery in public safety. Rockingham is a very vibrant community with a large state university (JMU), Eastern Mennonite University (EMU), and a fast growing Bridgewater College. They require extra services, particularly in the public safety arena, as more and more students are electing to live in the county outside of the city of Harrisonburg. We are attempting to balance our agricultural heritage with the fast growing suburban and now urban growth issues that face counties in NOVA and along the urban crescent.

Q5. You’ve served on the Board of Supervisors since 1988.  What advice would you give to newly-elected officials or to individuals interested in running for office?
BK: Remember that you are in office to serve others, not yourself. When you are elected you need to remember that you represent ALL of your constituents, not just those who voted for you. Be accessible and be honest. Don’t be afraid to say “I don’t know” or “no.”

Q6. Between teaching and community service, you must keep busy.  When you do have free time, what do you do for fun?
BK: I spend as much time as I can with my grandchildren and I play in a rock and roll cover band (Standing Room Only). My wife and are also avid supporters of UVA athletics and attend football, basketball, and baseball games frequently.

Send us your military photos