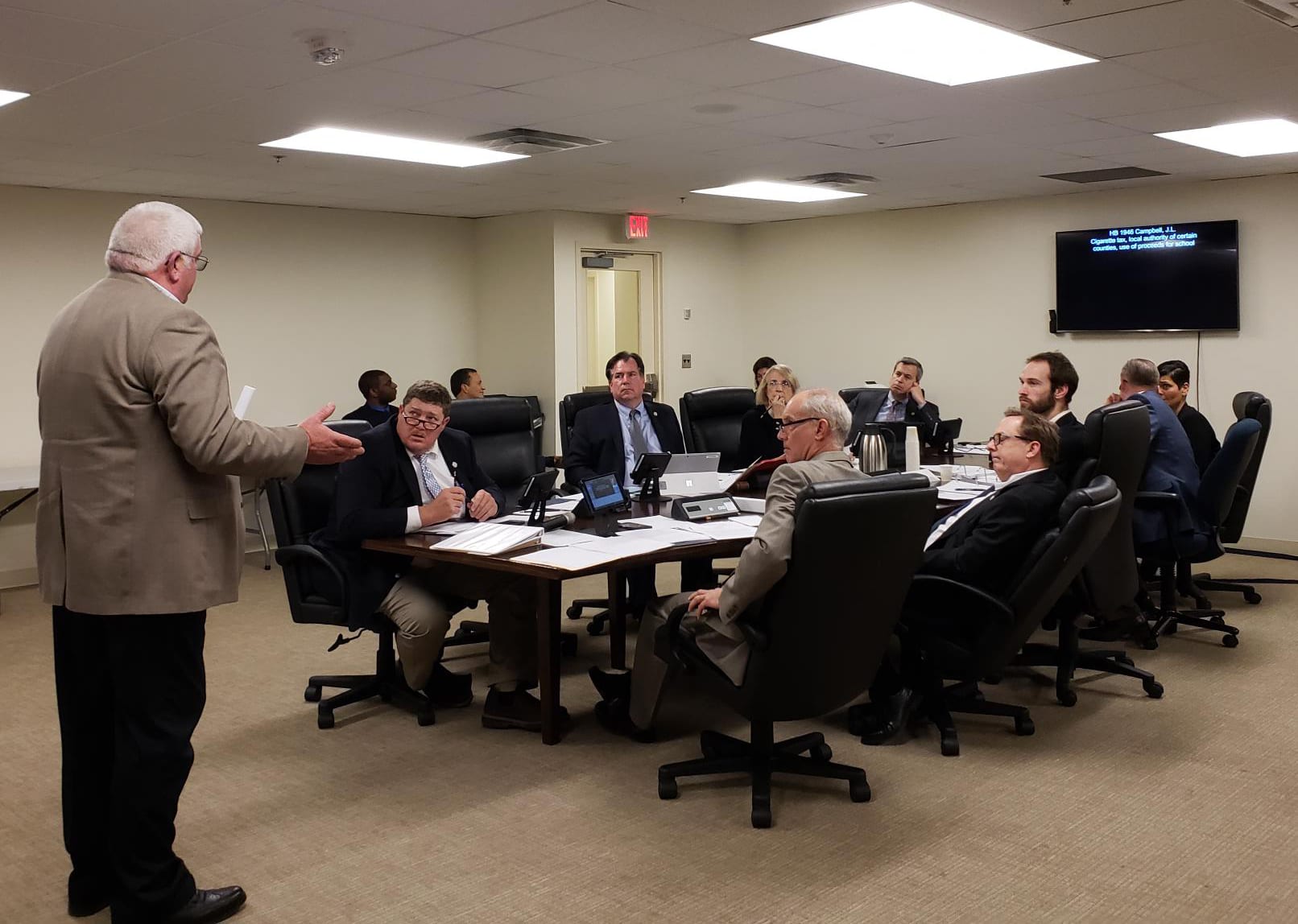 Bills to allow counties authority to levy cigarette taxes were unsuccessful in both chambers on January 16 – albeit narrowly in a subcommittee of House Finance, where HB 1946 (Campbell) failed on a tie vote.  HB 1946, as amended in subcommittee, would have provided broad authority for counties to levy cigarette taxes at a rate of 5 cents a pack or the state rate (currently 30 cents per pack).  SB 1512 (Carrico) would have allowed counties to impose cigarette taxes at the same rate after receiving approval from voters in a referendum.

VACo President and Wythe County Chairman Tim Reeves testified in favor of the measures, speaking about the strain on local finances of funding public education, including school capital projects and needed safety enhancements, within the limited revenue options available to counties.  Bland County Administrator Eric Workman and Pulaski County Supervisor Joe Guthrie also traveled from Southwest Virginia to support the bills.  Dr. Workman spoke about the difficulty of funding county services with revenue from real and personal property taxes in a smaller locality, and Supervisor Guthrie discussed the benefits to Pulaski County of equalizing the County’s taxing authority with cities’ and towns’ ability to raise needed revenues.  VACo is grateful for their strong advocacy on behalf of counties.

Although this authorizing legislation will not move forward this year, several bills dealing with “vaping” contain language continuing a study by the Joint Subcommittee to Evaluate Tax Preferences of modernizing the cigarette tax statutes, including a study directive to examine “possible reforms to the taxation of tobacco products that will provide fairness and equity for all local governments.”

Legislation introduced at VACo’s request to provide for equal taxing authority for counties allowed to cities and towns has not yet been considered this session.  HB 2189 (Kilgore) has been referred to House Counties, Cities, and Towns Subcommittee #2, and SB 1127 (Favola) was rereferred from Senate Local Government to Senate Finance.

VACo encourages members to contact their legislators who sit on the House Counties, Cities, and Towns Committee’s Subcommittee #2 and Senate Finance in support of HB 2189 and SB 1127.