Utility scale solar power on the rise in rural Virginia 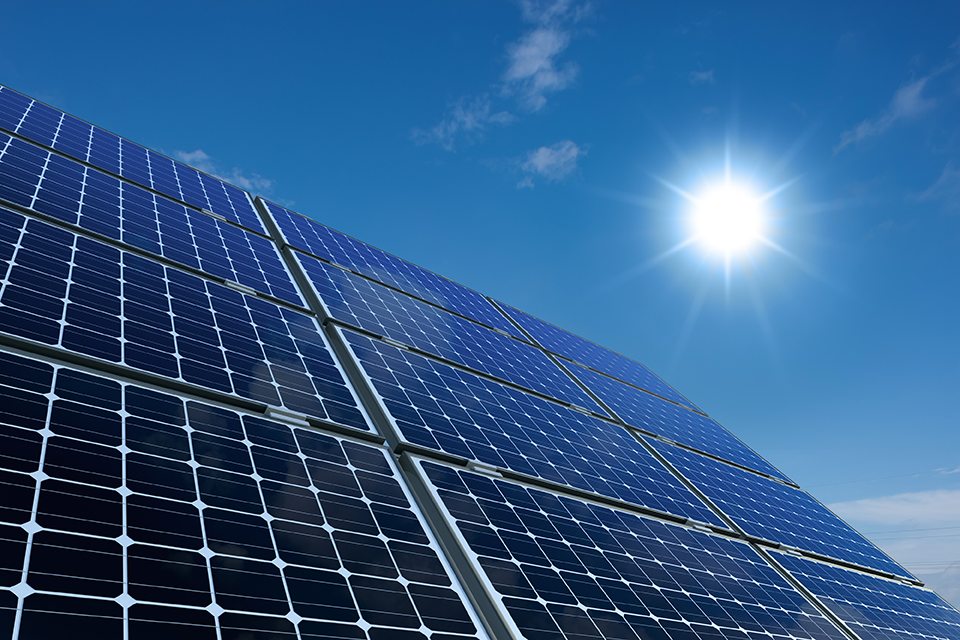 Southampton County mulls over approval of 1,200 acres of solar panels

Since August of 2015, there have been 19 applications submitted for the construction and operation of large, ground-mounted, solar panel arrays. Project areas range from 77 to 1,200 acres with electric power generation capacity of 6 to 100 megawatts (MW). These power production plants are often referred to as “solar farms” because they are typically sited in agricultural areas.

On July 14, VACo made a presentation to the Southampton Planning Commission as part of an “information gathering session” that included state officials and experts on solar power generation. This is because on August 11 the Planning Commission will hold a public hearing to consider recommending zoning approval (this includes a comprehensive plan amendment, rezoning, and special use permit) for 100 MW of solar panels on 1,200 acres of agriculturally zoned land near Boykins, VA. Should the Southampton Board of Supervisors ultimately approve this application, and it is constructed, it will be the largest solar power generating plant in Virginia. The applicant, Community Energy Partners, is currently constructing an 80 MW solar generating facility in Accomack County, the first of the 19 applications to receive approval from state regulators.

As part of the session, VACo staff explained recent changes in regulatory and tax incentives in Virginia that have made solar power generation more attractive to developers and investors. These include:

In 2009 the General Assembly passed a law to allow solar (and wind) power generation of 100 MW or less to bypass State Corporation Commission (SCC) approval. As part of the legislation, the Virginia Department of Environmental Quality (DEQ) was required to develop permit-by-rule (PBR) regulations to mitigate for any impacts to natural and historic resources. PBR went into effect in July of 2012. So long as any impacts are avoided and/or mitigated, and the locality allows for the use, then authorization to construct and operate is automatic.

In 2014 the General Assembly acted to fully exempt solar power generating plants with a capacity of 20 MW or less from the local machinery and tools (M&T) tax. Subsequently, in 2016 the legislature modified the M&T tax by lowering the threshold for full exemption to 5 MW or less, and granting an 80% exemption for anything greater than 5 MW.

Of course, an even greater incentive is the premium some corporations are willing to pay for a source of relatively clean, renewable energy. Even before DEQ granted approval of the Accomack solar farm, it was announced that internet retail giant Amazon agreed to purchase all the energy it will generate.

When reviewing land use applications (whether “by right” or through legislative approval) counties should take the following into consideration:

Determine compatibility with surrounding agricultural uses and consider updating the comprehensive plan to take into account where utility scale solar may fit;

When appropriate, include a requirement to return land to pre-existing conditions when the solar panels are no longer in use; and

Take into account that the M&T tax exemption does not apply to the underlying real estate. This has the potential to positively offset any loss in M&T tax revenue.

(What is a megawatt? A megawatt is a standard unit of power generating capacity. In Virginia one megawatt of solar photovoltaic (PV) panels generates enough electricity to power approximately 100 homes.)