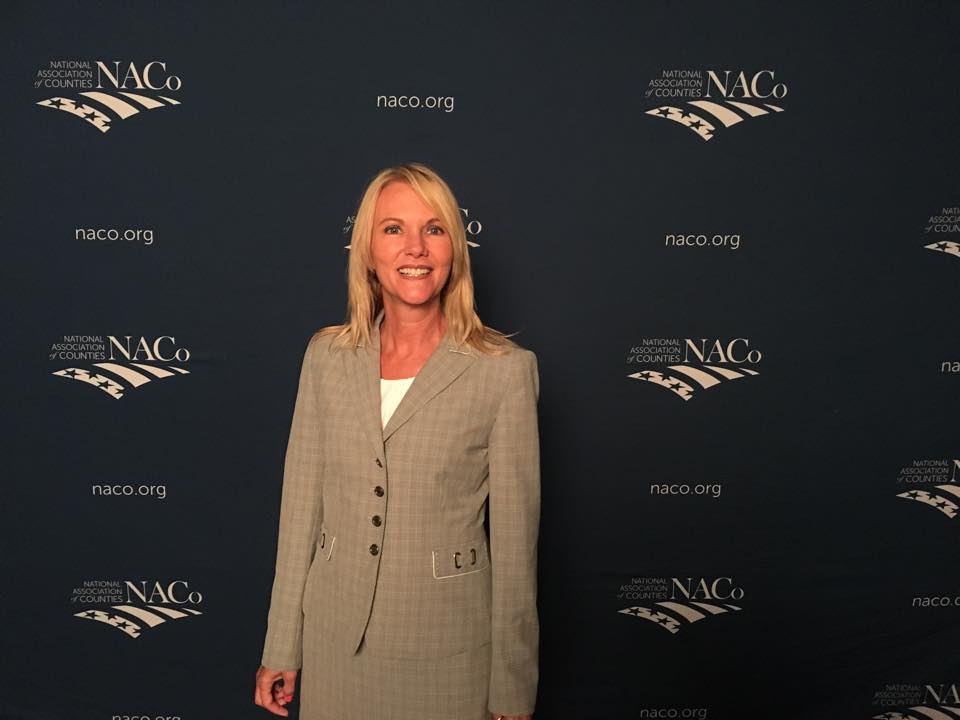 King George County Chair Ruby Brabo was elected on July 24 to serve a two-year term on the NACo Executive Committee. Her selection as South Region Representative came at the NACo Annual Conference in Franklin County, Ohio.

“I am honored and excited about the opportunity to represent my county and Virginia on the NACo Executive Committee,” Brabo said. “I believe this will afford us many more connections and opportunities through networking, which is a key component of being involved with NACo. The benefits of being involved with NACo and VACo have already been well demonstrated through the issues of fracking, solar farms and the EPA setting of local targets.”

Brabo has served on the King George County Board since 2011. Her home county’s strong military presence and its obligations toward the Chesapeake Bay Watershed have given Brabo an appreciation for how deeply federal policy can affect local government.

Brabo has served as Vice Chair of NACo’s Veterans and Military Services Committee, where she worked to bring the voices of veterans to policy makers. She is also a member of the Rural Action Caucus and the Agricultural and Rural Affairs Committee.

“Ruby’s election as South Region Representative on the NACo Executive Committee is not only important for our Commonwealth but for the entire South,” VACo Executive Director Dean Lynch said. “Ruby’s service to her home county of King George has been transformative and if there’s one thing we know about Ruby – it’s her willingness to fight for what she believes in. VACo stands by and supports Ruby as she begins her service as NACo South Region Representative.”