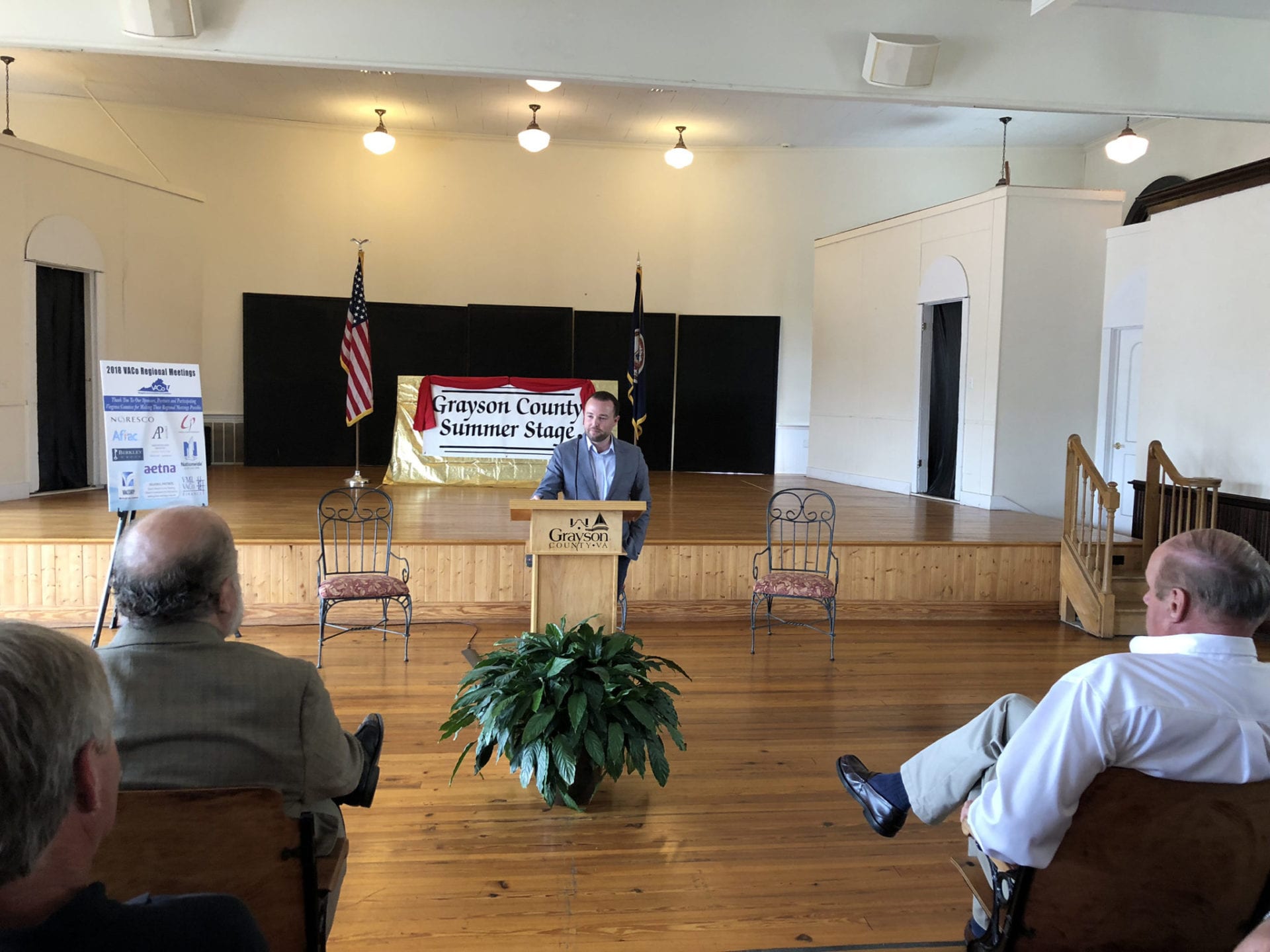 Carrying on the theme of economic development, local elected officials from the counties of Bland, Carroll, Grayson, and Wythe emphasized the need for regional partnerships. Officials discussed how to incentivize smaller startup and rural broadband projects in Southwest, and challenges with local match rates and partnership requirements for accessing GO VA funding. More accessible and flexible funding is critical to regional development in Southwest.

Another central economic development issue in the region is the impending closure of the Southwestern Virginia Training Center in Carroll County scheduled for June 30. The Center employed about 300 people and housed nearly 100 residents. One approach discussed was to use the facility to provide services to certain children utilizing Children’s Services Act funds, aiming to cut costs that account for 4 percent of the local budget for transporting less than a handful of students over county lines. Other K-12 funding issues focused on school safety, specifically to address the need for new money to update school design, and increase the presence of School Resource Officers (SROs) and guidance counselors.