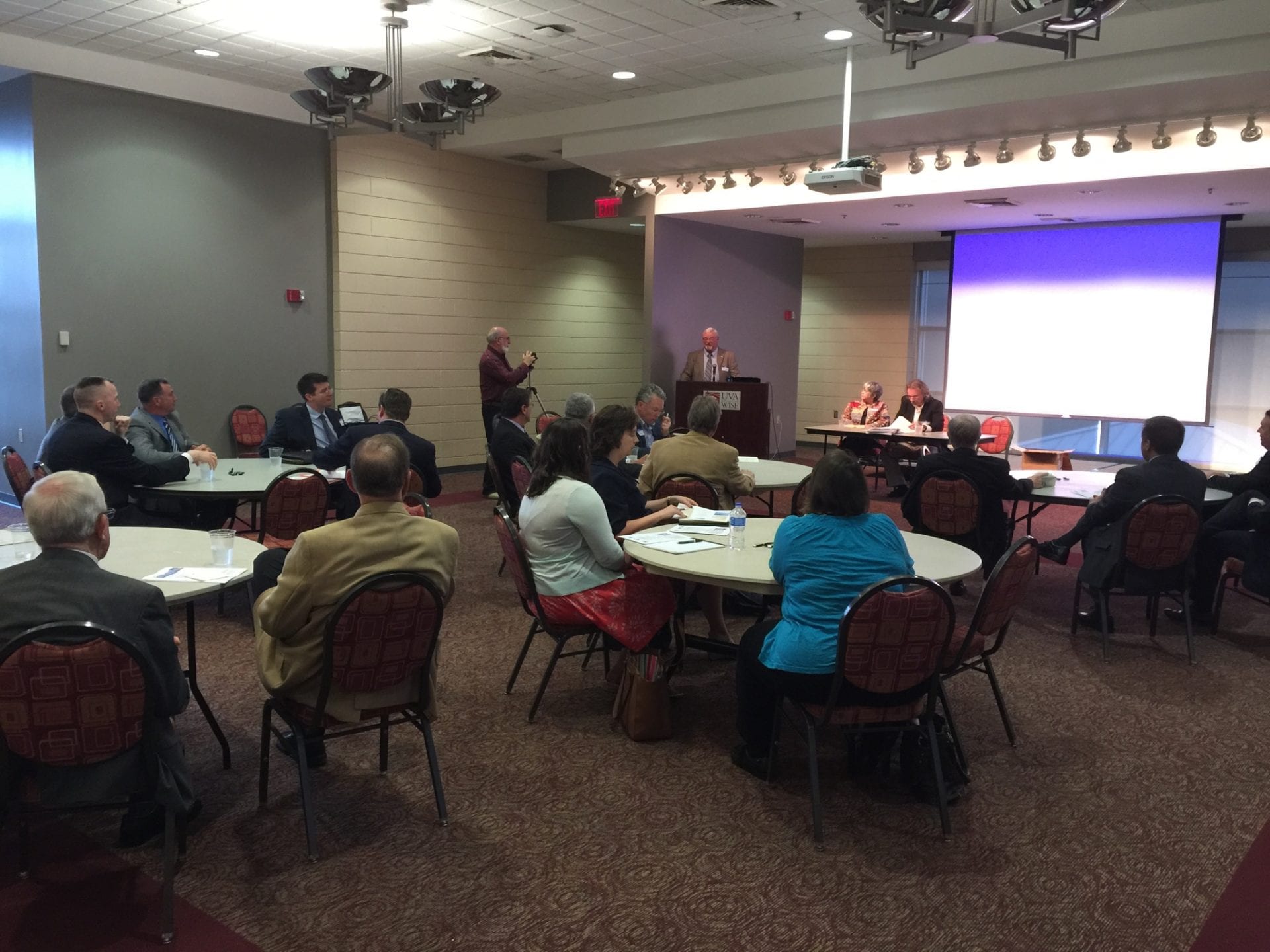 A lively and robust dialogue about the coal industry, vocational education and economic development dominated the Region 13 Legislative Meeting on April 8.

Representatives from the Counties of Buchanan, Lee, Russell, Scott, Tazewell and Wise and the City of Norton expressed their concerns over the dwindling coal industry and its impact on Southwest Virginia as well as the lack of K-12 educational alternatives for the youth in the region. The year’s first regional legislative meeting was held at the University of Virginia’s College at Wise.

Wise County representatives spoke about the loss of revenue from the coal severance tax and the impact from a diminishing young workforce (ages 20-40) that has moved to other areas.

Lee County talked the impact of losing 9,400 coal-related jobs since 2008. Lee County also stressed its need for a vocational school that would give some of its youth opportunities to learn skills to make a good living. This, county officials say, will give the youth incentive to stay in the region. The county asked for assistance from the state to make this plan a reality.

Delegate Terry Kilgore was in attendance and thanked local officials for their service to the citizens of Southwest Virginia. Representatives from U.S. Senator Mark Warner (Drew Lumpkin) and U.S. Representative Morgan Griffith (Michelle Jenkins) as well as an aide from Delegate Todd Pillion (George Price) also were in attendance.

Russell County reported on the biofuels plant that will create 40 new jobs. Appalachian Biofuels will invest $3.5 million to establish its headquarters and enzymatic biodiesel production facility in Russell County. However, the county stated the Southwest Virginia Regional Jail Authority needs state funding. The issue of the state shifting more jail costs to localities was a major area of agreement for all counties present.

Scott County told attendees that state mandates continue to hamper the region. The county urged its neighbors to form a stronger sense of regionalism. And although coal is part of its culture and history, Scott County needs to develop fiscal alternatives to boost its economy.

Tazewell County said its coal supporting industries and manufacturers are in need of a workforce. The county is facing similar problems as other counties – the need to develop a skilled workforce and to keep those skilled workers in the area.

The meeting also featured presentations from Darrell Blankenship, Executive Director of WIA One; and Aleta Spicer, Center for Advanced Manufacturing. The pair spoke about economic development and workforce development in Southwest Virginia.

Mark Your Calendar for the VACo County Officials’ Summit