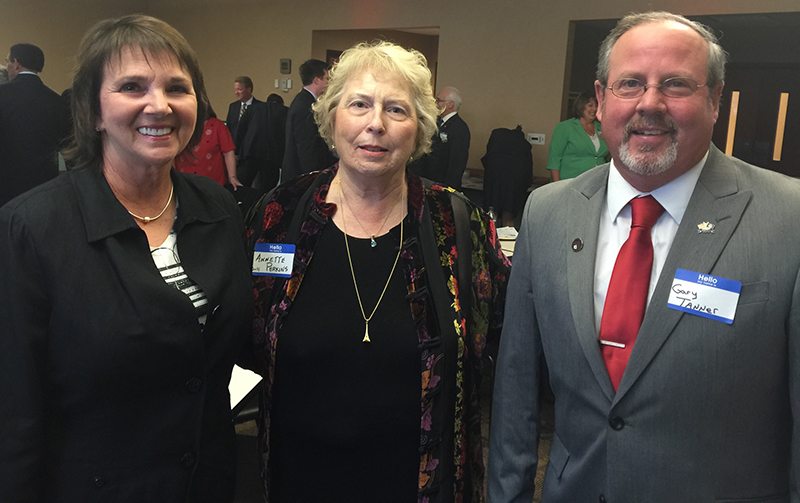 County members also brought up concern over additional proposed mandates on counties through regulatory changes of the Comprehensive Services Act and mental health funding, among other topics.

Delegate Poindexter thanked VACo membership for their strong efforts to communicate the impacts of state policy on counties and their citizens, especially in his work as a subcommittee chairman of the House Appropriations Subcommittee, House Counties, Cities and Towns Subcommittee and House Agriculture, Chesapeake and Natural Resources Committee.

Delegate Austin and Senator Stanley focused their remarks on their strong support of economic development efforts and regional efforts to secure funding to build Interstate 73. Senator Ralph Smith, who serves as Senate Local Government Committee Chairman, focused his remarks on the importance of protecting citizens from unfunded mandates and additional tax burdens.

The attendees received an update on the status of broadband deployment in their region and the Commonwealth from Sandie Terry, Broadband Program Manager for the Center for Innovative Technology. They also heard from Sarah Capps from the Tobacco Commission about the recent legislative changes to Commission and the programs available to counties in the region.