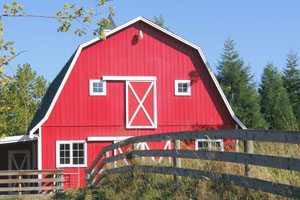 The On Farm Activities Work Group held its second meeting on July 23 at the King Family Vineyards in Albemarle County. It was a more spirited event than the work group’s first meeting on May 29.

The Work Group’s chief purpose is to determine whether it might be possible for proponents and opponents of HB 1430 (Lingamfelter) to agree on compromise approaches. HB 1430 was a bill rejected by the 2013 General Assembly that would have amended Virginia’s Right-to-Farm Law by expanding the definition of agricultural operations to include “the commerce of farm-to-business and farm-to-consumer sales.”

During the 2013 session, the measure was opposed by VACo and supported by some farmers across Virginia who believe local regulations have prevented them from conducting certain on-farm business activities.

At the July 23 meeting, Commissioner Lohr floated two key documents for discussion purposes. One was a Florida statute that provoked objections from local government representatives because it restricts local government adopting “an ordinance, regulation, rule or otherwise limits an agritourism activity.”

The other document was a vaguely worded draft bill that seemed to generate little enthusiasm from either side. Among other things, the draft bill would require local governments, when regulating on-farm business activities, to consider whether such activities and events would be “usual and customary for agricultural operations.”

There were also discussions about legislation to require local governments to include consideration of Agritourism and value-added agriculture in their respective comprehensive plans. Proponents of HB 1430 insisted strong legislation is necessary to prevent local governments from adopting any local regulations that are excessively restrictive of on-farm business activities.

In recognition of agriculture’s multi-faceted value, some counties over the past few years have adopted more permissive approaches toward regulating on-farm business activities. For example, at the July 23 meeting, Billy Vaughan, Rockingham’s Community Development Director, presented his county’s newly developed Farm First Enterprise Program, which could serve as a model for other counties interested in promoting agritourism and value added farming operations.

The Work Group’s next scheduled meeting will be on Sept. 24 at 1 p.m. in Richmond. Larry Land of VACo’s staff is a member of the work group.