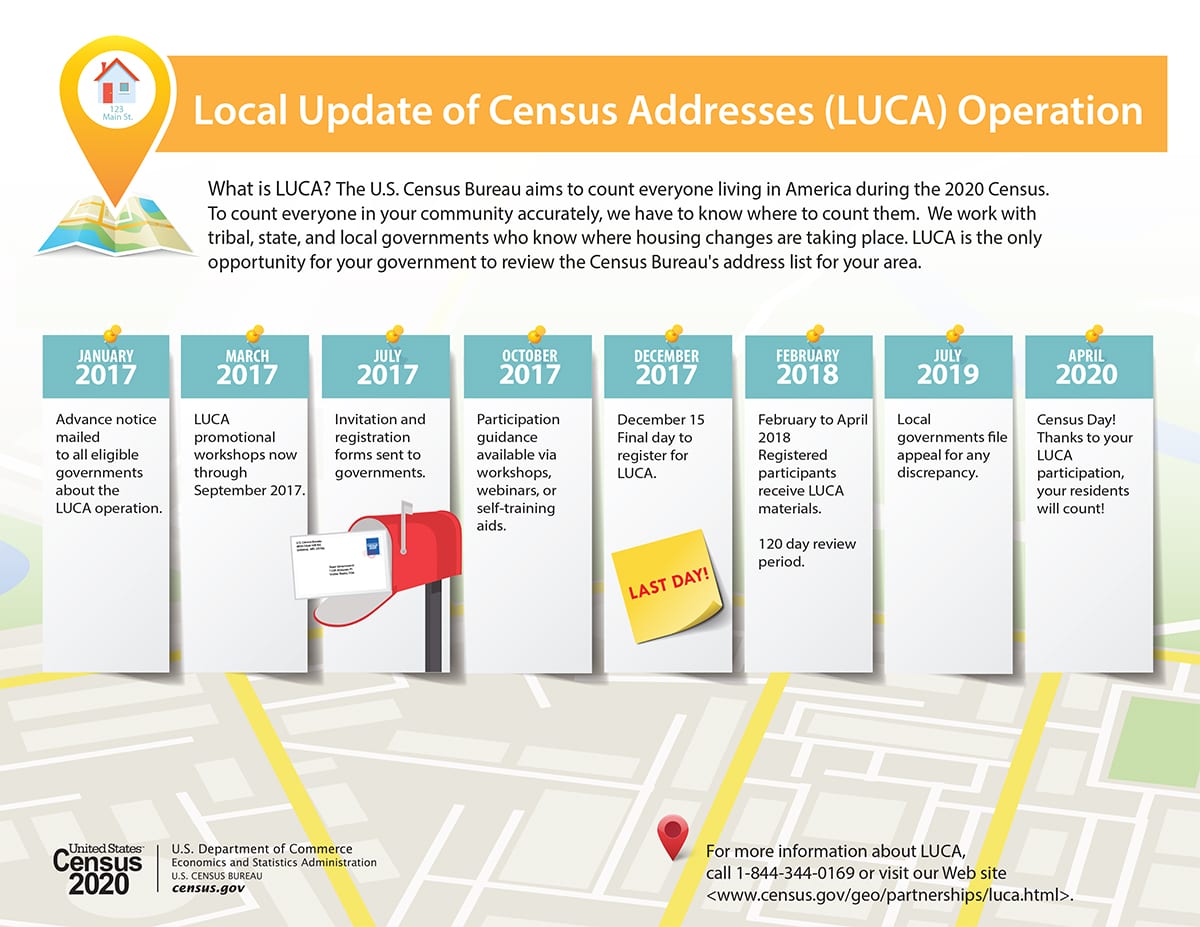 LUCA registration packets were sent to the highest elected officials in Virginia in late July. A reminder was sent last month, and the deadline to register is December 15, 2017.

You can find an interactive map of which cities, towns, counties, and tribal areas have registered in the state at the following link: https://storymaps.geo.census.gov/arcgis/apps/MapTools/index.html?appid=bf0af1d97f30421caa1b5d51f80ff825.

The above graphic is a LUCA timeline that along with various other LUCA resources and information can be found at the following link: https://www.census.gov/geo/partnerships/luca.html.

Another handy link is the Virginia Employment Commission’s page on LUCA: http://www.vec.virginia.gov/luca.

Vlog: 8 cashvest® Benefits for Your Entity