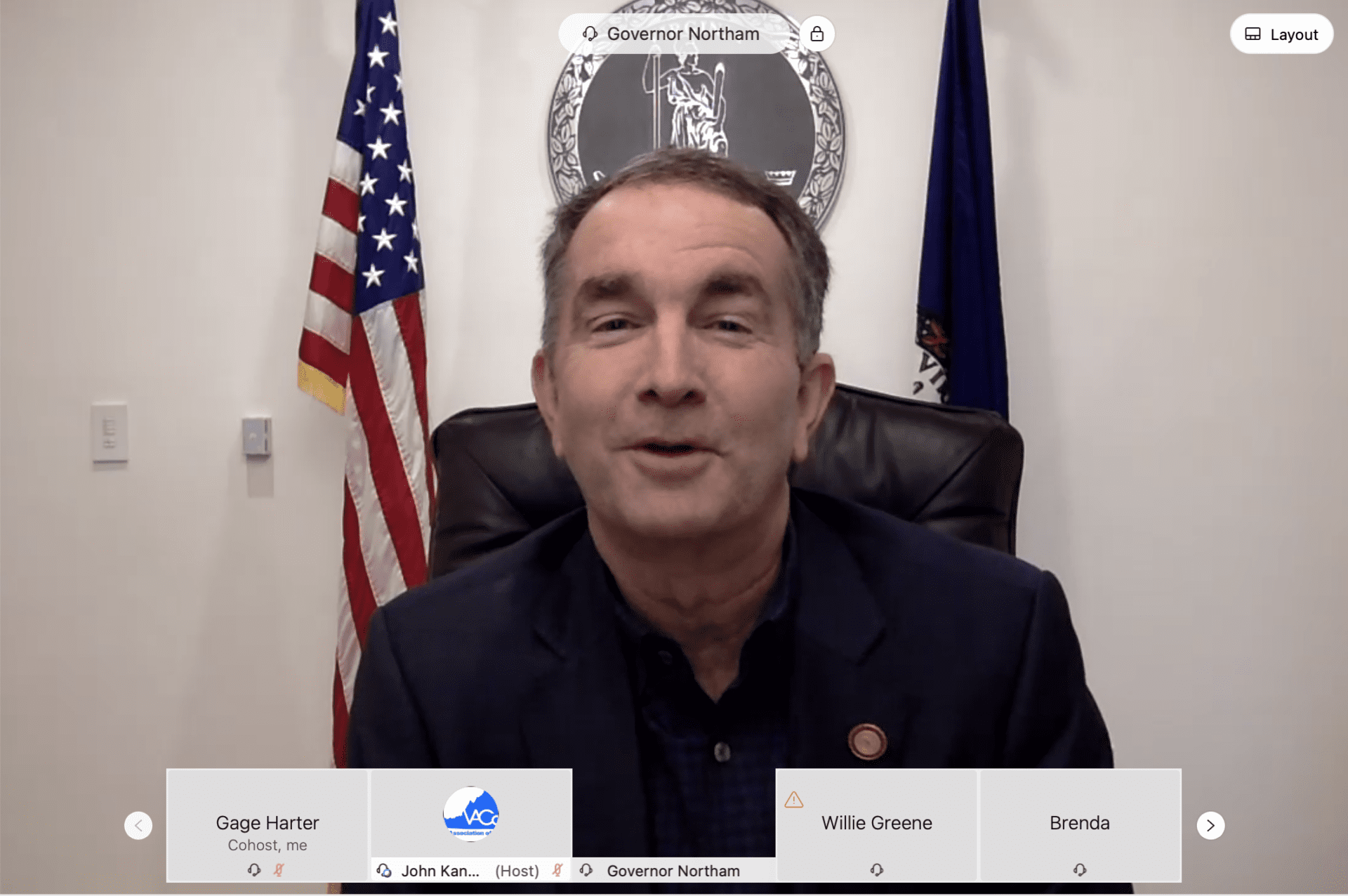 Local Government Day brings Leaders from all over the Commonwealth

For many years, several hundred local leaders would convene in Richmond for Local Government Day. These past meetings would feature a speech from the current Governor and legislative reports from VACo and VML staff. Then the local leaders would make the walk to the Capitol to advocate on behalf of localities. They would meet with their legislators, observe the General Assembly in session, and make it their day – Local Government Day at the Capitol.

But this year was different. This year the General Assembly was brought to homes and offices as more than 225 local leaders met virtually for the VACo/VML/VAPDC/Virginia Rural Center Local Government Day on January 28.

Governor Ralph Northam spoke first and outlined his legislative priorities and the state’s efforts during the pandemic.

“One of the things that we’ve really committed to is to do the best we can communicating with localities,” Northam said in his opening remarks. “These are very challenging times for Virginia, for this country, and the more that we can work together – and I would emphasize that as well, togetherness – is very important.”

On the pandemic, Governor Northam said, “We want to make sure we take care of all Virginians during these challenging times. As you know, there have been businesses been lost, there have been jobs that are lost, people worried about roofs over their heads because of evictions, food insecurity is an issue. A lot of our legislative agenda will be taking care of these individuals and trying to recover the best we can from COVID-19.”

The Governor also spoke about the state economy and it’s overall good health.

“I did want to tell you that overall, our economy in Virginia, our revenue coming into the state is actually fairly good, surprisingly good to the point where Virginia is really an anomaly compared to other states,” Northam said. “To give you an example, our revenue at the end of December was up about 10 percent from last December despite COVID. So we know there are a lot of businesses hurting, especially in the hospitality industry. But there are also businesses doing well.”

The final segment featured Dr. Daniel Carey, MD, MHCM, Virginia Secretary of Health and Human Resources, and Dr. Danny Avula, MD, MPH, State COVID-19 Vaccine Coordinator, who gave a briefing on the vaccination efforts. Both doctors were gracious with their time and answered many questions from local leaders.

Though Local Government Day was not like it was in years past, the event still maintained its spirit of advocacy for localities. Thank you to all who participated. 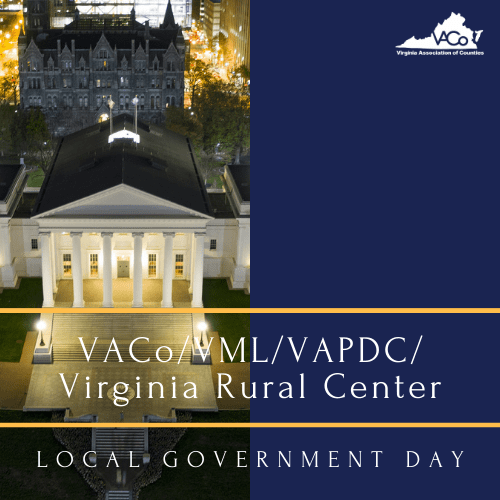