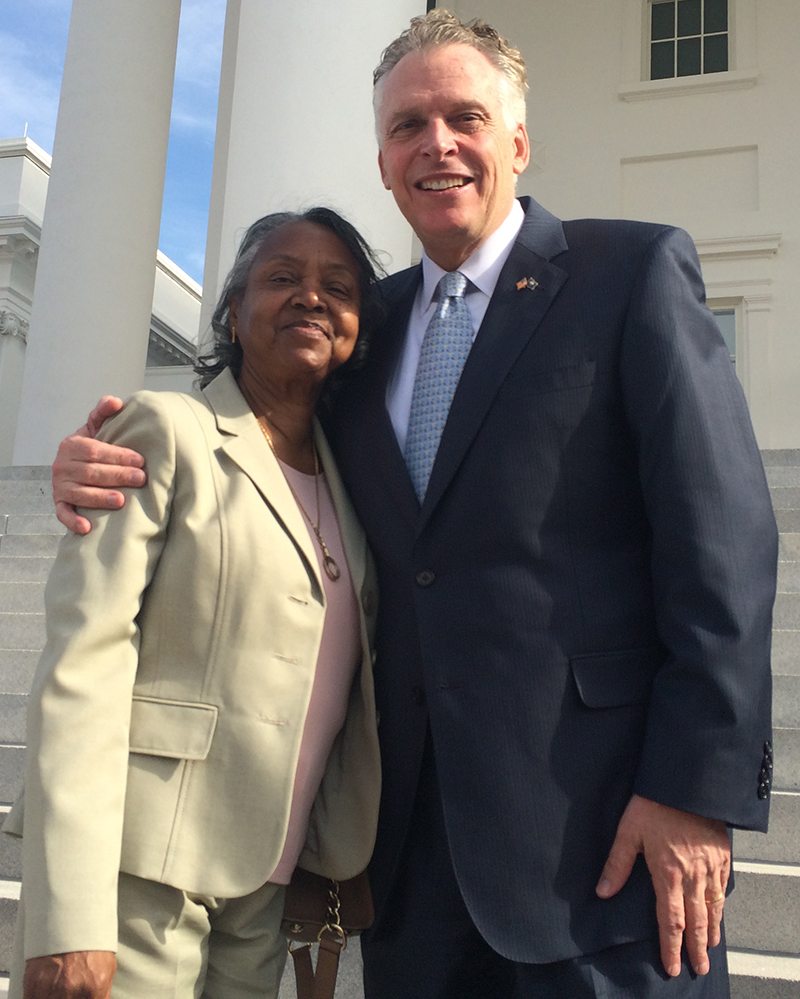 In a special ceremony on March 10 attended by VACo representatives, Governor Terry McAuliffe signed legislation, HB 66 (Byron) and SB 576 (Ruff), which establishes a workforce training program intended to increase opportunities for workers to learn new skills and earn specific industry certifications and occupational licenses that will match the needs of the market place. In the just completed 2016 General Assembly session, VACo strongly supported these companion bills.

The legislation creates the “New Economy Workforce Credential Grant Fund and Program.” The Fund will provide grants to cover two-thirds of the tuition for students who are enrolled in a workforce training program. When a student completes the program and receives a certificate or license demonstrating proficiency in a particular skill, the state will pay the final one-third of tuition costs.

During the signing ceremony, Governor McAuliffe also announced that the final two-year budget passed by the General Assembly includes $20 million in new resources for workforce development. A sizeable portion of this amount, $12.5 million will be allocated to credential incentives. Also $6 million will be dedicated to equipment needed by career and technical training programs, and $1.5 million to improve outreach to veterans who may be interested in participating in the program.

When VACo held regional meetings in 2015, the need for improved workforce development programs frequently came up in discussions, and the concern over this issue was eventually reflected in VACo’s 2016 Legislative Program and Policy Statements.