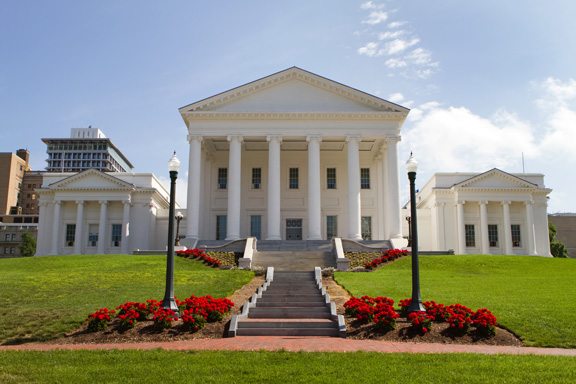 Governor Bob McDonnell presented the Commonwealth’s budget for the next two fiscal years on December 16 to the Joint Money Committees of the General Assembly.

In addressing the Joint Money Committees, the governor said, “We have talked many times about the “Virginia Way” by which we govern. We analyze and debate budget and policy issues passionately but civilly. Then we find common ground and solve problems. The Virginia Way is one of sharing credit for getting positive results for the good of our people. Eight million people are counting on the Virginia Way continuing!

“This approach is especially important today when my introduced budget is handed off to a governor-elect of a different party. Accomplishments and progress require statesmanship in both branches of government. I hope you will find the Virginia Way at work in these budget recommendations. The major spending recommendations focus on the core public services which lead to prosperity. They also decrease our reliance on budgetary gimmicks that helped in the past but run counter to structural balance and sound financial judgment. You will also find a fair amount of embedded caution, given the global economic and national political uncertainty.”

GF State Aid to Localities ($ Millions). Does not include lottery revenue.

GF State Aid to Localities ($ Millions). Does include lottery revenue.

Following are programmatic highlights of the Governor’s introduced biennial budget.

• State employee bonuses: Language in the budget provides for a state employee bonus of up to 2 or 3 percent on December 1, 2014 contingent on state General Fund surplus on June 30, 2014. There was no appropriated funding in the Governor’s budget.

• Rainy Day Fund: Provides $243.1 million in each year of the biennium for mandatory deposit to the Revenue Stabilization Fund.

• Foster Care Rate Increase: Provides funding for an anticipated foster care rate increase by $219,328 in FY 2015 and FY 2016 that is associated with a cost of living adjustment.

• Federal Child Welfare Subsidies: Reduces expenditures for foster youth ages 18-25 by $2,936,668 in FY 2016 that are anticipated to be covered by federal child welfare subsidies.

• ID and DD Waivers: Provide an additional $1 million GF and $1million NGF in FY 2015 and an additional $1.7 GF and $1.7 million NGF for FY 2016 for the evaluation of individuals receiving services under the Medicaid Intellectual and Developmental Disability waivers.

Click here to read the entire list of pertinent Health and Human Resources issues in the governor’s budget.

• Adjust the Virginia Department of Transportation’s program amounts to conform to the final amounts of the 2014-2019 six-year financial plans as approved by the Commonwealth Transportation Board in June 2013.

• Entrepreneurial Accelerator Program: Provides $250,000 each year to start this new program at the Department of Housing and Community Development (DHCD). The program would provide intermediaries grants to assist entrepreneurs in their communities with business planning, technical assistance, mentoring and access to capital.

Click here to read the entire list of pertinent Community Development and Planning issues in the governor’s budget.

• Pension Reform: Provides additional $315.3 million for the general fund share of state and teacher pension benefits representing funding at 80 percent of the full pension contribution rates, as well as funding for the 10-year scheduled payback of deferred employee retirement contributions from fiscal years 2011 and 2012. This provides full funding of the pension reform commitment of phasing-in increases to state and teacher retirement contributions to reduce future unfunded liabilities.

• Teacher Pension Contribution Rate Increases for State and Localities: The budget includes the expected increase to the employer contribution rate for teacher pensions, which is needed to meet pension reform obligations. The contribution rate increases from 11.6 percent to 14.5 percent for employers and will bring the rate up to 80 percent of the VRS certified rate. The exact cost for localities will depend on factors such as the local composite index and the size of teacher payroll, but could mean an increase of as much as 24 percent. This increase in teacher contribution rates will cost localities about $122 million a year and the state an additional $82 million a year.

• Increased 599 Program Funding: Provides an additional $7 million in FY 2015 and $14.2 million in FY2016 to assist local law enforcement through the “599” program for localities with qualified police departments.

Click here to read the entire list of pertinent Compensation and Retirement issues in the governor’s budget.

• The Governor’s budget provides $1 million GF in FY 2015 and FY 2016 to the Center for Innovative Technology for the purpose of providing support to assist localities with the process of bringing broadband connectively to areas that lack access to the internet.

• Cooperative Extension: Increase of $110,000 in each year of the biennium to support the professional development for agricultural education teachers in middle schools and high schools.

• Department of Conservation and Recreation: Increase of $80,000 each year to set up a competitive grant process for Chesapeake Bay education services (funding was transferred from the Department of Environmental Quality.)

Click here to read the entire list of pertinent Environment and Agriculture issues in the governor’s budget.

• Department of Education: For each year, increase by $309,680 (GF) for the academic reviews by the department of underperforming schools that are not fully accredited.

• Department of Education: For each year, increases by $1.4 million (GF) for the update of the sales tax distribution for the school age population estimate for the new biennium.