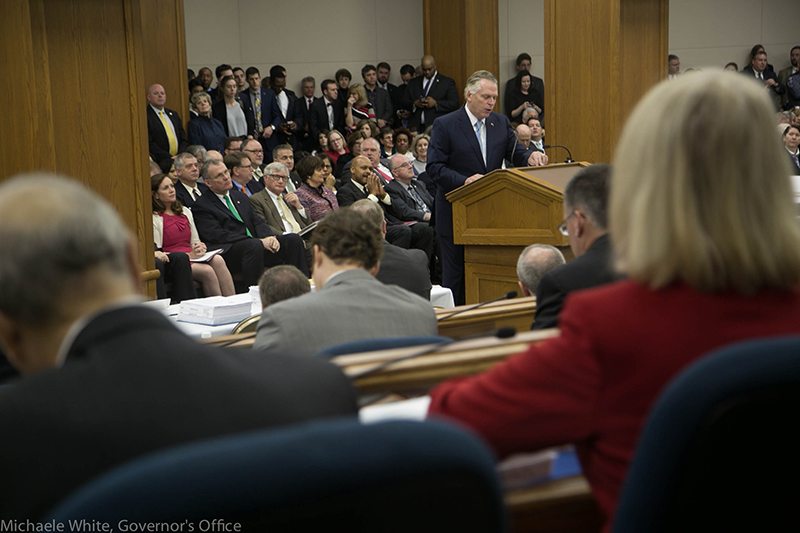 The announcement mirrors VACo’s overarching priority in its 2016 Legislative Program that urges the Governor and the General Assembly to increase K-12 public education funding levels.

“The state is ready to shoulder its fair share of the cost for public education,” Governor McAuliffe said at a morning press conference.

When adjusted for inflation, state per pupil spending on public education is less than funding levels in FY 2005. For public schools, the Governor’s proposed budget plans to spend $5,446 per student, which represents nearly a 50 percent increase over the amount budgeted per pupil for FY 2016 ($3,647).

$429.8 million for rebenchmarking the Standards of Quality (SOQ)

$5 million to “more than double investments in equipment for high-demand, high wage credentials at high school career and technical schools

$6.9 million in new funding for the Virginia Early Childhood Foundation to provide grants for high-risk children in Virginia’s most stressed communities

Deputy Executive Director Dean Lynch stated that the Governor heard counties’ request for increased public education funding. “Our counties have vigorously advocated on this issue and that made the difference in urging Governor McAuliffe to support K-12 funding as a priority in his biennial budget.”

VACo continues to review the finer provisions of Governor McAuliffe’s proposed biennial budget and will provide a detailed analysis in the near future. Keep reading Capitol Contact for the latest developments in the budget process.