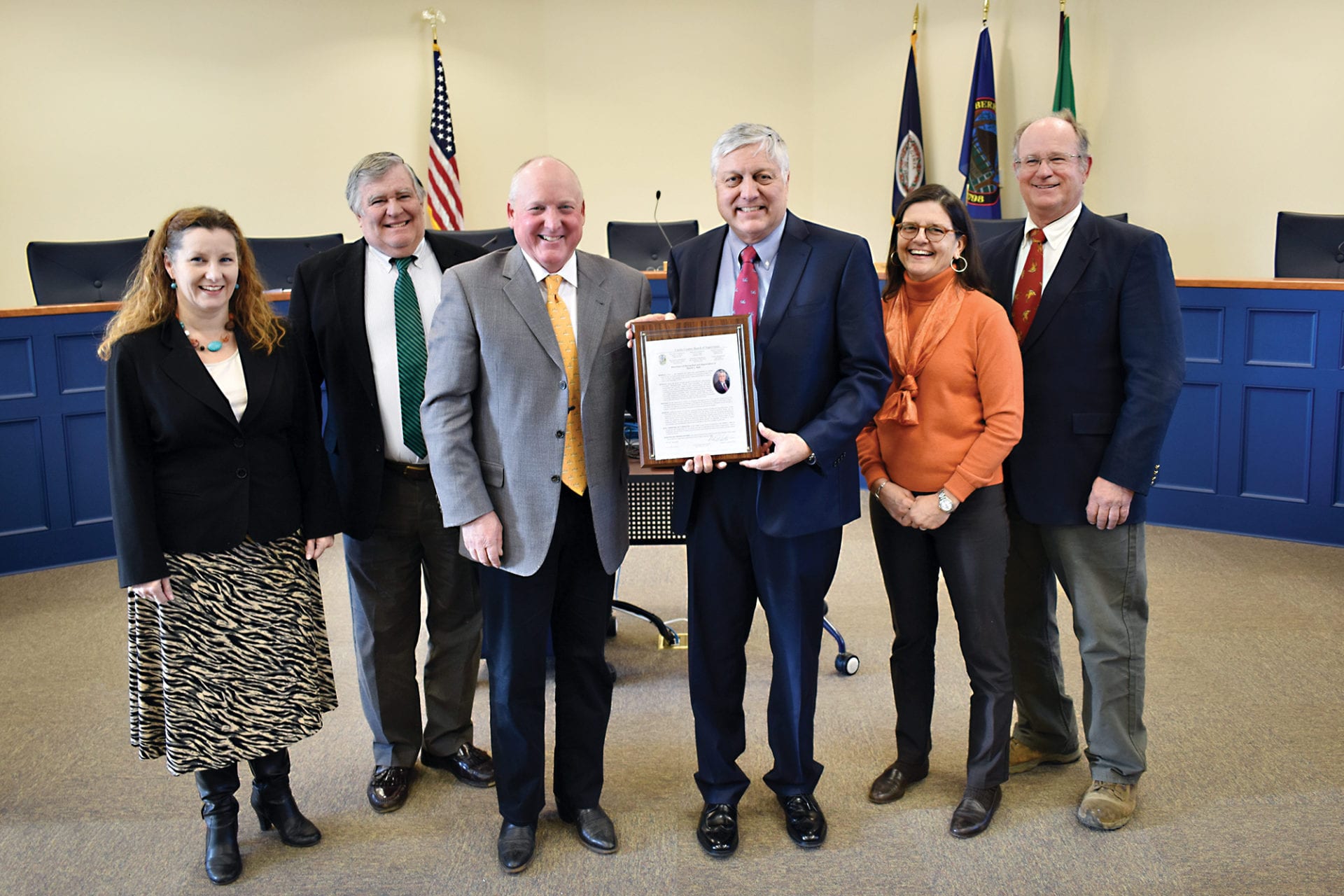 During its January 21 meeting, the Clarke County Board of Supervisors recognized David L. Ash and congratulated him for his service and dedication to the Board, county employees, and Clarke County residents.

Chair David Weiss read a “Resolution of Appreciation” that read in part:

He also coordinated renovation projects at county government-owned facilities throughout the Town of Berryville, the County seat.