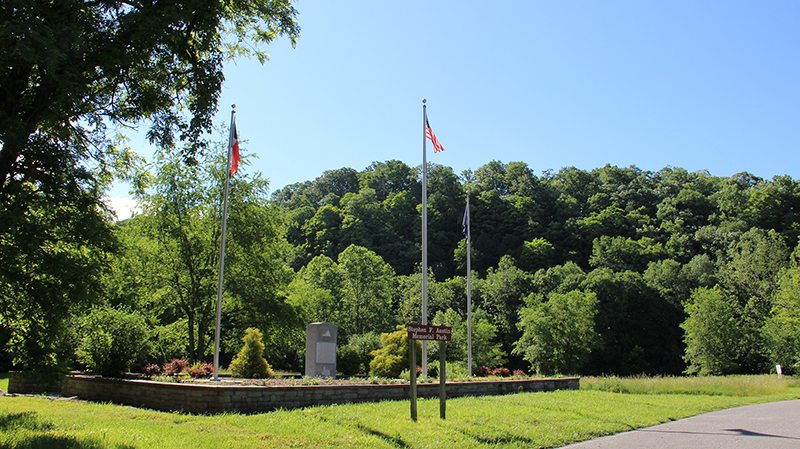 Millions of Americans are familiar with famed Texan Stephen F. Austin, the man who secured his place in history as the “Father of Texas.” Most, however, are unaware that the “Father of Texas” not only hails from the Old Dominion, but from the Blue Ridge Mountains of Southwest Virginia’s historic Wythe County.

Born November 3, 1793, in what is now Austinville, Virginia, Stephen Fuller Austin was the second child of Moses Austin and Mary Brown Austin. Moses, born in 1761, was originally from Connecticut.  He and his brother moved to eastern Wythe County in August 1789 with intentions of founding a lead mines on the banks of the New River.

Burdened by debt, the brothers are said to have looked westward, toward the rich lead deposits in Missouri; then a part of upper Spanish Louisiana. In 1797 Moses traveled with a friend to Missouri, where he toured and eventually purchased a lead mines about forty miles west of the Mississippi River. Nearly two decades later, the Austin’s again relocated to the largely unsettled expanse of Texas.

Stephen’s father had hopes of colonizing the region in the days ahead, however, he died in 1821 having never realized his dream of settling the vast territory known as “Tejas.” Persuaded by a letter from his mother, Wythe County native, Stephen F. Austin set out to fulfill his father’s dream. Under Austin’s leadership, the Texas colony grew from three-hundred to over 11,000 by 1832.

Soon the colonists found themselves in a state of war with the Mexican government, the same nation that had originally encouraged them to settle the land. Austin briefly commanded Texan forces in late 1835. Under his leadership, colonists secured a decisive victory near modern-day San Antonio, during the Siege of Bexar.
In the spring of 1836, Texas’ sovereignty was officially recognized and the war for Texas independence was over. In August, Austin announced his candidacy to serve as the new nation’s first president. Unfortunately for Austin, he was soundly defeated by another Virginia native, Sam Houston.

As President of Texas, one of Houston’s first moves was to appoint Austin to serve as the nation’s first secretary of state. Tragically, Austin would serve only two months in this position before dying unexpectedly – after catching a severe cold in December 1836. The Wythe County native’s last words were, “The independence of Texas is recognized!” Upon hearing of Austin’s death, President Houston ordered an official statement proclaiming: “The Father of Texas is no more; the first pioneer of the wilderness has departed.”

Nearly two decades ago, local citizens in Wythe County, with help from donors in Texas, erected a marble monument on the banks of the New River in Austinville, Virginia, recognizing the Father of Texas’ birthplace.

“The monument is truly one of the most beautiful sites in all of Southwest Virginia,” said Wythe County Tourism Director Jeremy Farley. According to Farley, many of the original caretakers of the private-monument are aging and no longer capable of maintaining the memorial. “Earlier this year, we issued a call to a new generation of county residents to take the lead on keeping the site up – the response has been overwhelming.”

“We’re working to get a Virginia flag as well.”

In addition to spearheading an effort to restore the monument to its original glory, Wythe County is working to develop the Poplar Camp community, near Austinville.

“Soon the area will be serviced by a reliable sewer and water system and we’re eager to help brand the community before a nationwide audience. There are just so many hidden gems in Wythe County – no more than three miles from the Stephen F. Austin Memorial is the site where the Fincastle Resolutions were signed: the inspiration for the Declaration of Independence,” concluded the county’s tourism director.