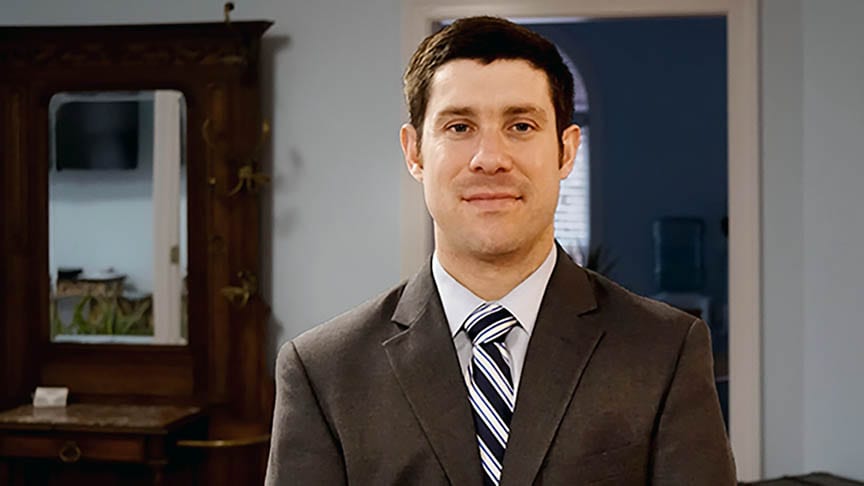 BERRYVILLE, VA — During a public work session on May 11, the Clarke County Board of Supervisors officially appointed Matthew Bass to fill the Berryville District seat recently vacated by Mary Daniel. Elected in November 2015, Daniel began her four-year term as Supervisor in January 2016. She stepped down this spring after Virginia’s General Assembly selected her to serve as a General District Court judge for the 26th Judicial District. Her last day as a Supervisor was May 1.

Supervisors David Weiss, Bev McKay, Terri Catlett, and Doug Lawrence unanimously voted for Bass, who, like Daniel, is a lawyer and Berryville resident. Last week, the Board interviewed four candidates for the temporary appointment.

“Matthew follows in the tradition of [former Supervisors] Michael Hobert and Mary Daniel. It’s always good to have that legal perspective on the Board, although being a lawyer was not the only factor for us,” said Weiss, the Board chair. “We had four qualified candidates, and the Board thanks each of them for applying.”

Bass said he stepped up to serve as a Supervisor because of his love of Clarke County and his commitment to its residents. He has served on the Berryville Area Development Authority since 2016 and earned planning commissioner certification. He ran for the Berryville Town Council Ward 3 seat in 2016.

“I am honored to have been selected from such a fine slate of candidates,” Bass said after learning of his appointment. “I recognize that, by following in the footsteps of Mr. Hobert and Mrs. Daniel, I have large shoes to fill. But I look forward to working with staff and the Board and hope to justify my selection by honoring and building upon the accomplishments of my predecessors.”

He continued, “As an attorney, my training taught me to objectively evaluate problems, and work to resolve them — often in the context of various opinions and strong feelings. I believe my ability to identify and analyze facts, and listen to varying points of view will allow me to well represent Berryville and county residents.”

Clarke County has controlled growth by enacting “smart growth” practices, such as sliding-scale zoning, said Bass. “I have deep community ties, and my goal is to protect and nurture the county and the town. I want to preserve the natural beauty and advance the tremendous potential of this town and county so my children will share my experience of growing up in such a special place.”

Bass was sworn in by the Circuit Court Clerk and participated in his first Supervisors meeting Tuesday, May 19. He will serve as the Berryville District representative on the Board of Supervisors until a special election on November 3, 2020.