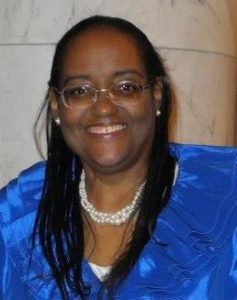 Last month we explored nutrition as a major determinant of health and some of the innovative ways that counties have tackled the interconnected issues of food instability and obesity. This month, we’ll be taking a look at the related issue of physical activity. This time of year, when school is out and the days are long, can be a perfect time to be outside walking, running, or playing sports – but as with so many aspects of community health, access and ability to engage in leisure-time physical activity are often influenced by complex social and economic factors.

Benefits of Regular Exercise
The benefits of physical activity are well-established. The Surgeon General advises, “Regular physical activity helps prevent risk factors for disease (such as high blood pressure and weight gain) and protects against multiple chronic diseases (such as heart disease, stroke, some cancers, type 2 diabetes, and depression).” A recent study found that higher levels of fitness were associated with a 16 percent lower risk of depression in Medicare-eligible patients; exercise seemed to provide a protective factor even among study participants who were diagnosed with depression, significantly reducing the risk of death associated with cardiovascular disease. The Centers for Disease Control puts the matter starkly: “People who are physically active for about 7 hours a week have a 40 percent lower risk of dying early than those who are active for less than 30 minutes a week.” The benefits of physical fitness are so wide-ranging that some physicians have even begun to write prescriptions for exercise.

Certainly we can all agree that the longer, healthier lives associated with being active are priceless. There are also clear economic benefits to improving fitness levels. Researchers have attempted to quantify the costs of poor health associated with obesity, with one widely-cited study in 2009 estimating annual medical costs associated with obesity at $147 billion per year in the United States. The Surgeon General notes that chronic diseases, such as heart disease, cancer, or diabetes, are the leading causes of death in the United States, with almost 50 percent of U.S. adults living with a chronic disease in 2012.

The study’s authors point out that people in better-paid fields of work, such as professional and managerial jobs, are more likely to get enough exercise outside of work, and they suggest that the study methodology may under-represent physical activity by excluding occupational or commuting activity.

The Virginia Foundation for Healthy Youth, which has been charged with preventing and reducing childhood obesity in the state, reports that 15.1 percent of Virginia high school students were overweight in 2015, and 13 percent were obese. Only 25.1 percent of high school students were active for at least 60 minutes per day, while 23.4 percent watched three or more hours of television per day. Middle school students reported similar figures, with 18 percent overweight, 12 percent obese, 32.7 percent active for at least 60 minutes per day, and 26.9 percent watching three or more hours of television per day. Locality-specific data on physical activity levels for adults is available through the Virginia Department of Health’s Data Portal – on this page, select the “Health Behavior Table” tab, then choose the “Health Behavior” indicator on the left side of the page and select “No Physical Activity in the Past Month” from the drop-down menu of indicators.

Factors Influencing Lack of Physical Activity
If exercise is so beneficial, why aren’t more people doing it? The answers to that question are complex, and public health professionals continue to research the issue, but some contributing factors can be identified. The CDC points out that adults with more education are more likely to meet federal exercise guidelines, as are adults with family incomes above the federal poverty level. Long commutes to and from work can consume time in a day that might otherwise be spent in physical activity; the state’s Virginia Performs website reports, “Virginia’s average commute time to work in 2015 was 28.2 minutes, another modest increase over previous years and the seventh highest in the nation.” Traffic or road design and conditions can discourage walking, running, or biking.

In the next edition of County Connections, I’ll be highlighting some inventive ways that Virginia counties have approached this issue. If you weren’t able to listen to the June 28 webinar with Virginia Department of Health and Chickahominy Health District representatives, you can find the recording on the Healthy Virginia Counties website. VDH’s Dr. Leslie Hoglund provided an overview of what it means to look at population health, as well as Virginia’s Plan for Well-Being, which sets out the state’s goals for improving public health. Chickahominy Health District Director Dr. Thomas Franck discussed the role of local health departments, and Population Health Manager Caitlin Hodge showed us how Hanover County undertook a community health assessment. The presentations were packed with information and we appreciate the presenters sharing their expertise!