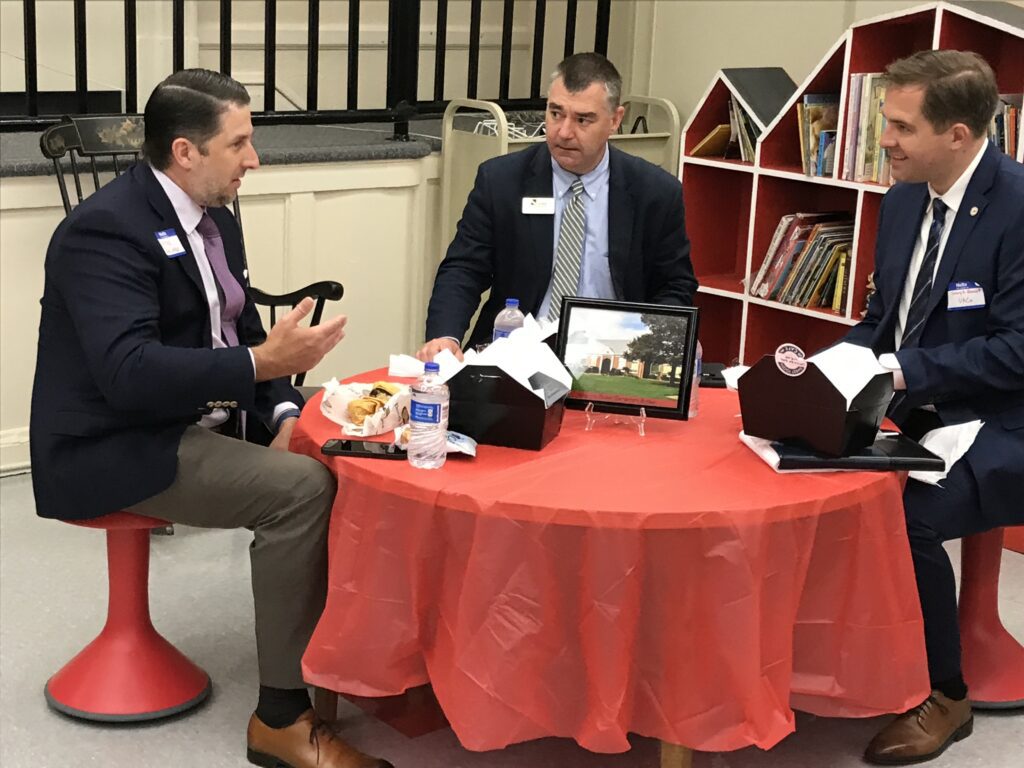 On June 3, the Commission on School Construction and Modernization met and reviewed data presented by the Virginia Department of Education (VDOE) on the state of the Commonwealth’s K-12 physical infrastructure. This is the first time that VDOE has reported on this information since a 2013 study during the McDonnell Administration. The information presented confirmed what many county officials already know – more than half of all school buildings in the state are more than 50 years old and fully renovating these buildings would require a multi-billion-dollar effort. VACo supports the work of the Commission to bring attention to this issue and produce recommendations to the General Assembly to provide additional state funding or local financing options to ensure that all of the Commonwealth’s students have access to safe and modern learning environments.

Understanding that the issue of school infrastructure is of continued importance to many of our members, VACo is pleased to announce our partnership with Virginia’s Coalition of Small and Rural Schools (COSARS), the Virginia Association of School Superintendents (VASS), the Virginia School Board Association (VSBA), the Virginia Municipal League (VML), Virginia First Cities, and Fund Our Schools to host a statewide First-Hand Look at School Infrastructure Across Virginia tour. This initiative was announced at a recent COSARS summit and will comprise tours of schools facilities in each of the eight superintendent regions of the Commonwealth to bring awareness to the public and the General Assembly on the need and opportunity to modernize Virginia school facilities. VACo staff was honored to attend the inaugural tour at King and Queen Elementary School. More information on the tour locations, dates, and how to RSVP can be found here.

During the June 3 Commission meeting, data from VDOE was presented by State Superintendent of Public Instruction, Dr. James Lane, who was tasked by the Commission at its April meeting to survey school divisions on their existing infrastructure, population projections, and Capital Improvement Plans (CIP). Among their findings, VDOE determined that:

Across the Commonwealth, school divisions reported owning 2,005 school buildings, which includes all elementary, middle, high, and combined schools, as well as alternative centers, career and technical centers, special education centers, and preschools. More than half of these facilities are elementary schools. Although half of school buildings are at least 50 years old, in one instance a school building still in use was built 184 years ago. The amount of funding needed to replace all school buildings over 50 years old (1,040 buildings) is estimated to cost $24.8 billion.

Conversation at the Commission also focused on historic state and federal support for school infrastructure. Most notably, during the Great Depression, the Works Progress Administration (WPA) financed 4,383 new schools and renovated thousands more in the U.S. from 1935-40. In 1938, the federal government funded 45% of local construction costs. In subsequent decades, federal funding for capital costs significantly decreased to less than 1% of local costs. Virginia state government was active in school construction during the early 1900s. However, in the 1930s, responsibility for two major areas of infrastructure was changed – with passage of the Byrd Road Act, the state took over responsibility for county road construction with the understanding that localities would be primarily responsible for school construction. Beginning in the 1960s, the state moved primarily toward providing loans only – through the Literary Fund and the new Virginia Public School Authority (VPSA).

While passage of the American Rescue Plan Act (ARPA) included additional federal funding directly to local school divisions through the Elementary and Secondary School Emergency Relief (ESSER III), there are several limitations on use of these funds for major schools construction or modernization projects. These limitations mainly consist of the requirement that use of these funds in general must be related to COVID-19 prevention, preparation and response. Use of funds for school construction is allowed but discouraged primarily due to the required liquidation date, which is two years sooner than the state and local fiscal recovery funds date under ARPA. School facility upgrades related to the public health emergency are permitted, such as HVAC system upgrades and improvements and repairs to support public health. However, some school divisions may decide that upgrading the HVAC system on a century old facility with a litany of other infrastructure limitations may not be the best use of funds.

The Commission digested this information and will use it to formulate recommendations to the General Assembly. A full recording of the meeting may be downloaded here.

VACo continues to support efforts to create additional state resources and additional funding options for localities for capital and school construction costs and appreciates the work of the Commission on School Construction and Modernization and other K-12 education and local government stakeholders on this front. We strongly encourage our members to speak with their representatives in the General Assembly about this issue.