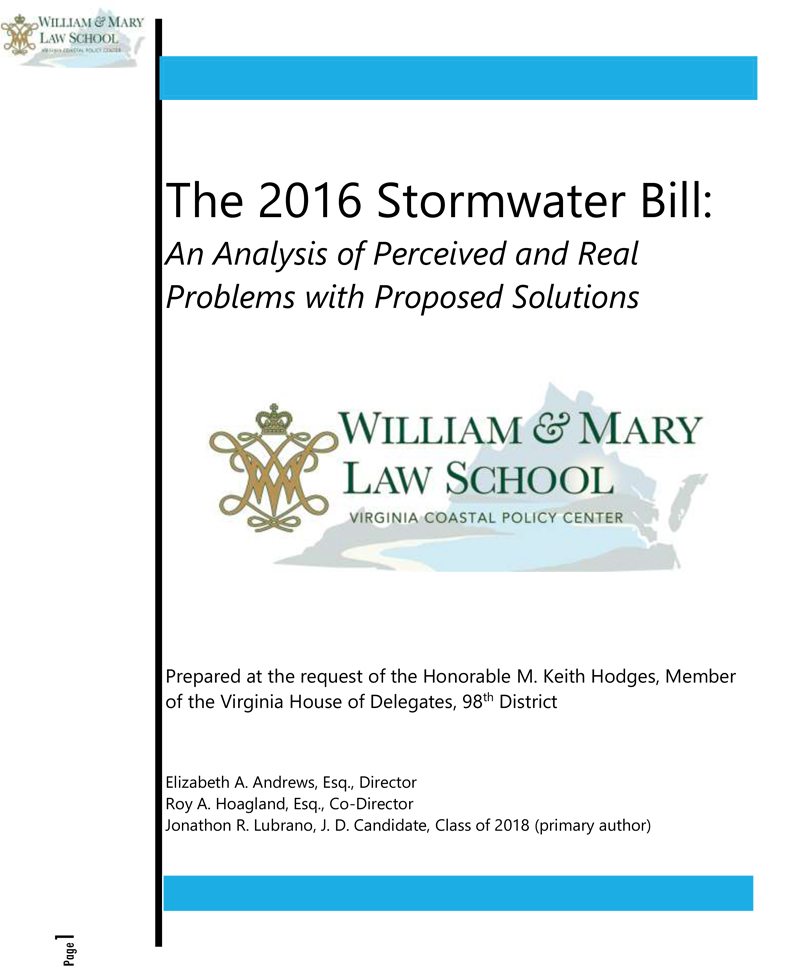 During the 2016 session, the General Assembly passed HB 1250 (Wilt) and SB 673 (Hanger), companion bills that integrated the four chief statutes that deal with the issue of stormwater management. The provisions of HB 1250 and SB 673 are not scheduled to go into effect until July 1, 2017, or until the State Water Control Board approves the final regulations that implement the statute.

Shortly after the 2016 session ended, Delegate M. Keith Hodges requested that additional study be conducted that would focus on the stormwater issue, principally for the purpose of determining whether more changes to Virginia’s stormwater management law should be considered during the 2017 legislative session. The study requested by Delegate Hodges was conducted by the Virginia Coastal Policy Center (VCPC), a division of the Law School at William and Mary.

The report generated by VCPC’s study was released on November 11. To address lingering problems associated with HB 1250 and SB 673, the report contains a suite of policy options that may be incorporated within legislation to be considered by the 2017 General Assembly.