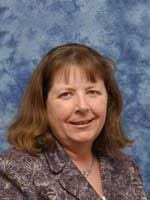 “It’s been a remarkable journey,” Snead said. “I have been incredibly fortunate to work with dedicated and talented Chesterfield County team members including each of the leaders of Human Services Departments. There are so many people capable of upholding all the good work we have started.”

Before becoming deputy county administrator, she served as director of Chesterfield-Colonial Heights Department of Social Services, where in that role, she worked with its nine-member board to implement new and existing policy measures, while insuring some of the county’s most vulnerable population received proper benefits and treatment.

“Sarah’s diligent dedication to some of the county’s most vulnerable residents is a testament to her commitment as a public servant,” said Dr. Joe Casey, county administrator. “Her commitment and leadership has helped several county departments address important community needs through lasting partnerships.”

Snead is currently the vice president of Senior Connections, The Capital Area Agency on Aging — a nonprofit dedicated to helping seniors and their caregivers maintain their quality of life and independence as they age. She also serves on the Board of Directors for Richmond-based Homeward, a planning and coordinating organization for homeless services in the greater Richmond region; and Leadership Metro Richmond, the region’s premier leadership development and engagement organization where she was a graduate in 2014.

“We regard Mrs. Snead as a role model for all of us,” said Dr. Thelma Watson, Executive Director of Senior Connections, The Capital Area Agency on Aging. “Her leadership, personal energy and advocacy for older adults, caregivers and their support networks is immeasurable. As Vice-Chair of the Board of Directors for Senior Connections, she has worked tirelessly to provide guidance and assistance to all of us, and while we’re sad to see her go, we know she will continue to be a strong voice and advocate for older adults in the region upon her retirement. We know her retirement will be a time of opportunity and adventure for her and her wonderful family.”

Snead also has been a champion for several other county nonprofits and regional boards including the Chesterfield-Colonial Heights Christmas Mother, the Chesterfield-Colonial Heights Alliance for Social Ministry (CCHASM), the Fallen Heroes Initiative, the Chesterfield Historical Society of Virginia, and the Henricus Foundation Board among others. She was also an integral part of Opioid Solutions RVA, a regional committee that included the public awareness campaign meant to educate residents about opioid addiction.

While there are several key career milestones Snead is proud of, it is her work assembling a team of leaders that remain passionate about human services and the opportunity to meet and work on behalf of Chesterfield County citizens that means the most.

“As a recent graduate from VCU’s MSW program, Chesterfield County was where I began my career in social work in 2001,” said Kiva Rogers, Chesterfield County Department of Social Services director. “Sarah hired me when she was the director of social services, the department that I now lead. During the course of my career with the county, Sarah has been a role model for the social work profession and embodies the principles of a servant leader. Her ability to listen without judgement, see the best in people and challenge them to reach their full potential; her ability to show compassion and empathy in the midst of tough times and difficult situations, set her apart as a leader and has inspired countless people whose lives she has touched throughout her career.”

In addition to guiding and mentoring various leaders in the Human Services Division, Snead is a career advocate and vocal proponent for Chesterfield’s most vulnerable, including abused children and those with disabilities.

Along with tireless champions, Snead advocated for the establishment of Galloway Place – a 12-bed intermediate care facility for people with intellectual disabilities and medical complications who require intensive 24-hour support, opening in 2014. She also was integral in helping establish the Davis Child Advocacy Center, which helps children who have experienced trauma from abuse by providing forensic interviews, advocacy and support for child abuse victims in Chesterfield and Powhatan counties and the City of Colonial Heights during the investigation and prosecution of child abuse cases.

“Establishing a child advocacy center was one of the first major initiatives that retired Honorable Bonnie Davis and I wanted when I came here 25 years ago,” Snead recalled. “With the leadership of Judge Davis, leaders from numerous County Departments and significant help of our community, the Center was established in 2018 and has served over 655 children and their families.”

Prior to Chesterfield, Snead served as director of King George County Department of Social Services. She is an alumna of Virginia Commonwealth University and Meredith College in Raleigh.

Upon retirement, Snead said she plans to remain active in the greater Richmond community, while being the primary caretaker to her immediate family members. She also is seeking to pursue several mentoring opportunities for people looking to advance their career within the human services profession.

“Chesterfield has such a rich history and amazing assets” Snead said. “I’m glad I have had the opportunity to help and serve a community I have come to appreciate and love.”

A nationwide recruitment process will occur over the summer. Snead’s successor is expected to be announced by September.