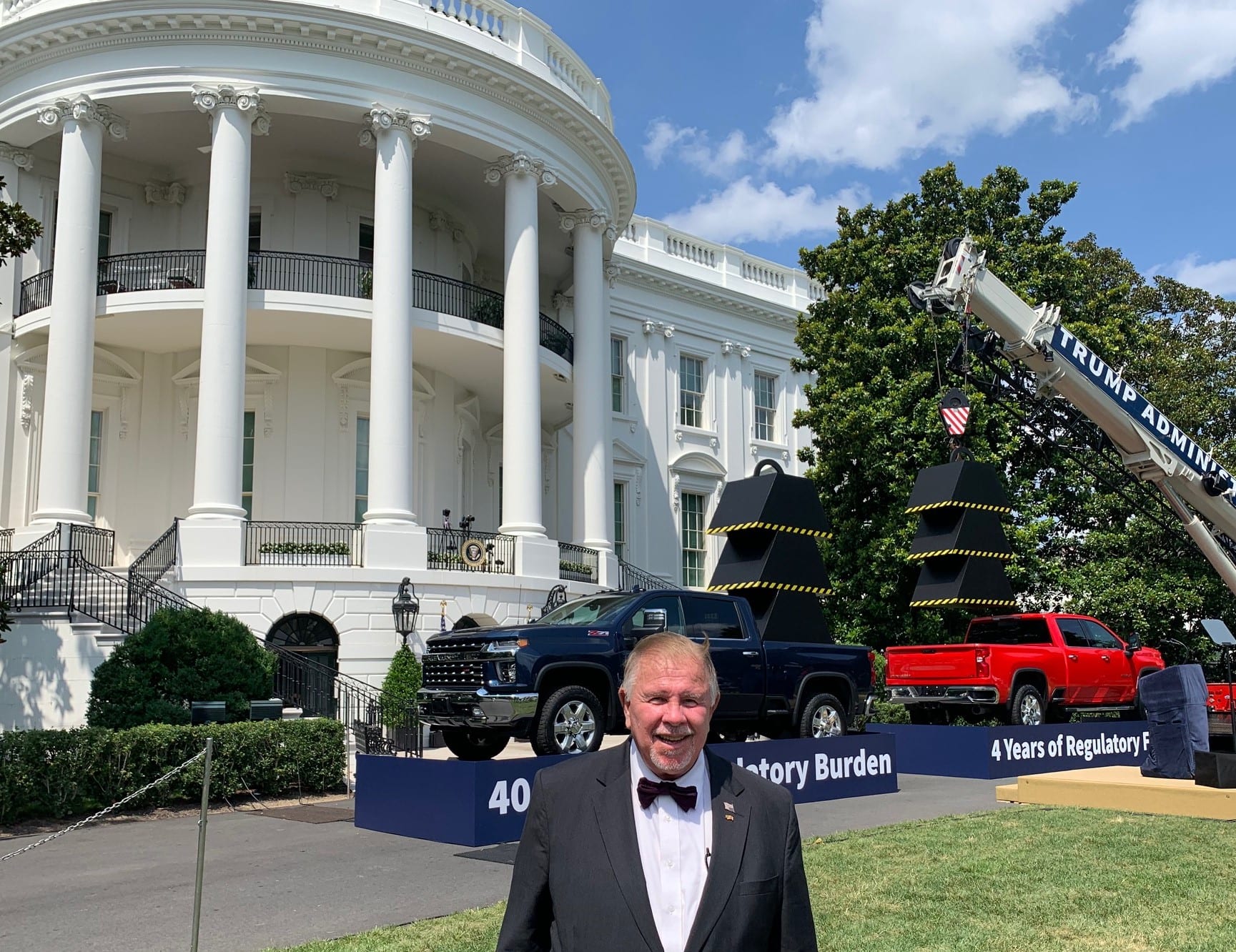 Washington D.C. – On July 16, Board of Supervisors Chairman Billy Martin was at the White House for the Presidential presentation on rolling back regulations. Martin was invited to attend this White House event by President Trump through the VA Association of Counties (VACo). Martin serves as the Regional Director of VACo where he is constantly looking for ways to elevate VACo, Botetourt and the region.

Martin and County Administrator Gary Larrowe attended the White House event on the South Lawn of the White House along with State Legislators and other County representatives from across the nation. Martin said, “This was a once in a lifetime invitation that I had to accept. Being at the White House with the President, Vice President and five Cabinet Members was simply amazing. I felt exceptionally proud to represent Botetourt and VACo”.

During the presentation, the President emphasized that over the last 3 years, he and his Administration have cut seven and a half regulations for every new significant rule.  According to the President, the Administration has more than fulfilled its promise to cut two regulations for one. Before the unforeseen global pandemic, these reforms contributed to more than 2 million Americans rising out of poverty, 7 million Americans liberated from food stamps, the highest median income in our Nation’s history, lowest poverty rates, rising incomes, and lowest unemployment rates in half a century. There are estimates that Americans at the bottom 20% of the income level would lose over 15% of their disposable income if a future administration rolled back the deregulatory actions of Trump administration.

The Governors of Idaho and Alaska spoke along with Vice President Mike Pence and Dr. Amy Johnson. Dr. Johnson spoke about the ability of Tele-Medicine being allowed as a result of the efforts of the Administration. Tele-Medicine allows Doctors to meet with patients via electronic means and has helped significantly during the COVID-19 Pandemic.

Chairman Martin was excited that Dr. Johnson practices medicine in Bedford and has ties to Botetourt. Dr. Johnson was a volunteer for Botetourt Fire/EMS prior to becoming a Doctor and ran with Fincastle and Troutville Volunteer departments.

Watch Chairman Martin’s message to the community that highlights his visit to the White House – https://youtu.be/o9L2Ym9G8z8