Agriculture was the talk of the Regions 6 & 9 Meeting 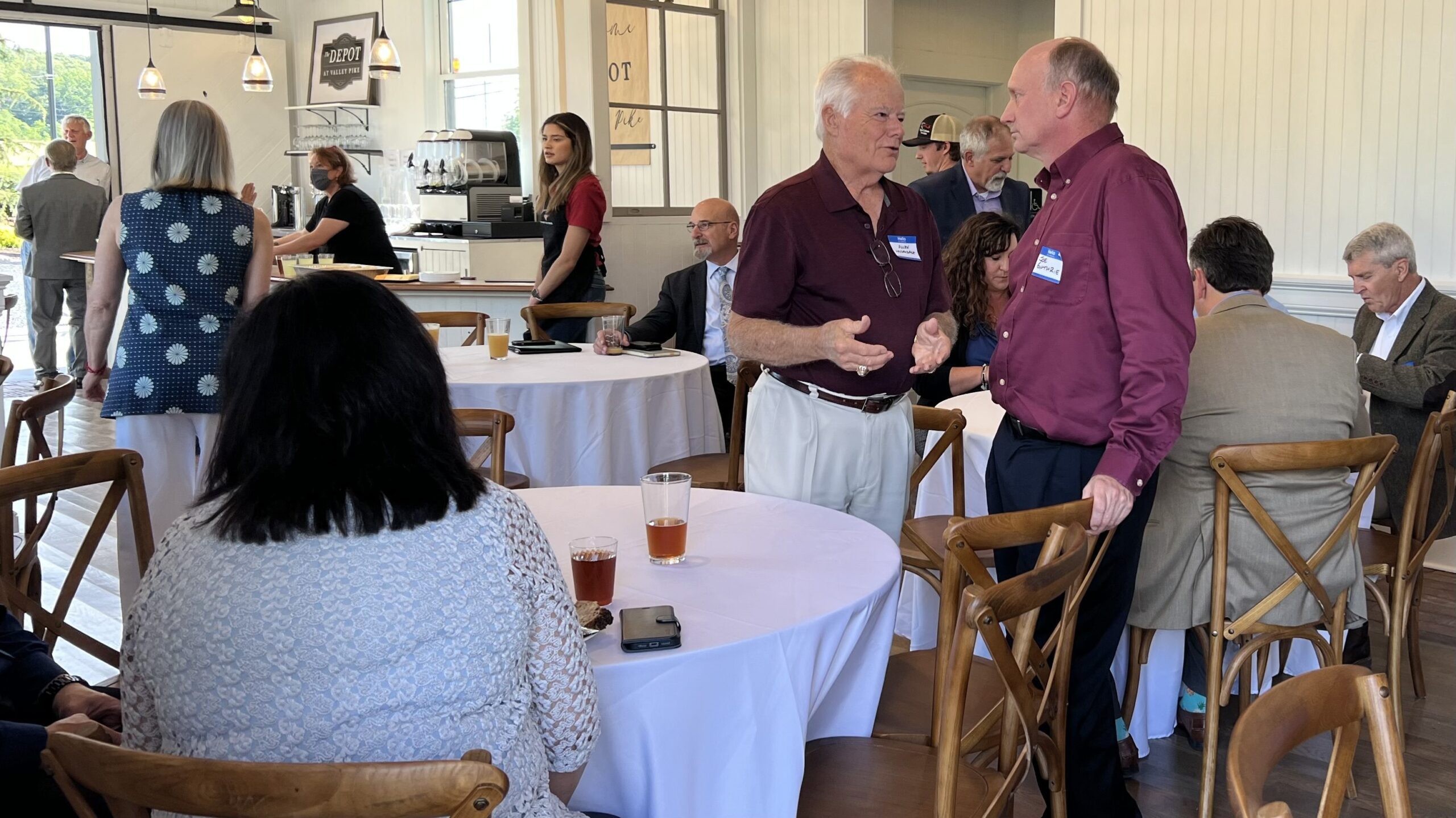 VACo’s Regional Meetings moved to Augusta County on June 9 as members from Regions 6 & 9 gathered at the spectacular Valley Pike Farm Market Depot. The location was an old and abandoned train depot that once served Fort Defiance, a few miles down the road. The owners of Valley Pike Farm worked with Shenandoah Valley Railroad to move the depot to the Weyers Cave location.

The start of the meeting provided attendees an opportunity to network and share stories and challenges – mostly about agriculture and farming. Conversations filled the depot and the meeting was off to a productive start.

Virginia Department of Agriculture and Consumer Services Commissioner Joseph Guthrie was the keynote speaker. Commissioner Guthrie expressed his delight at the opportunity to speak about agriculture to an audience of local elected officials. Commissioner Guthrie is a sixth generation Virginia farmer and has served on the Pulaski County School Board (2011-2015) and Pulaski County Board of Supervisors (2015-2021). It was easy to see his love and passion for agriculture and local government as he spoke about both topics from the heart.

Here are some highlights from Commissioner Guthrie’s presentation.

Commissioner Guthrie and Regions 6 & 9 members could have talked all night about farming and agriculture, but it was time to hear from counties in attendance.

Jail per diems was brought up a few times by counties. More specifically, counties said the state needs to keep to 60-day holding limit and reimburse local governments for the true cost of housing state-responsible inmates. Also, solar was discussed, especially the issue of smart land use and protecting arable farmland. Prisoner transport, broadband, staffing shortages, unfunded mandates, youth mental health was among other issues raised by regional counties.

VACo thanks Augusta County, Supervisor Jeff Slaven, the owners of Valley Pike Farm, the Virginia Cattlemen’s Association and all our sponsors especially Pierce Group Benefits and The Berkley Group for making the Regions 6 & 9 Meeting a dynamic engagement.