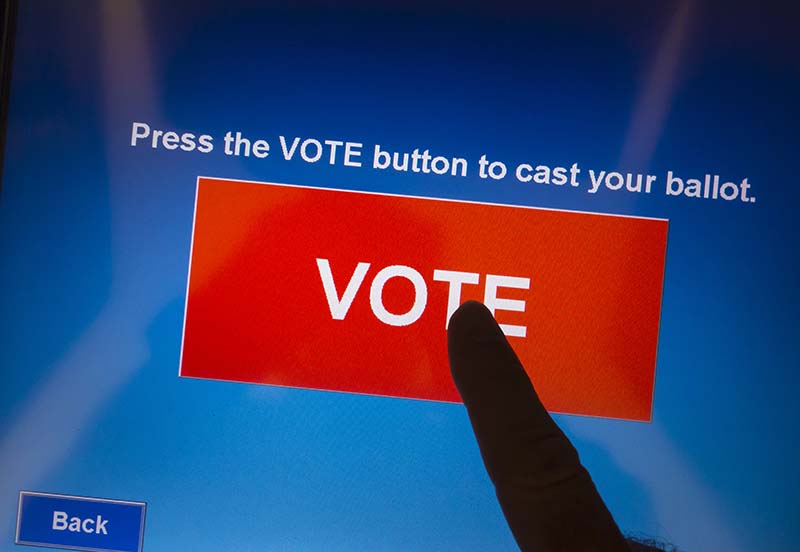 The Governor’s amendments to the budget propose a one-time investment of $28 million in state bonds to replace all legacy voting machines in Virginia with digital-scan voting machines that have paper trails. The proposal also includes reimbursement over three years for those localities that have already purchased new machines.

VACo supports the proposal, which is currently being debated vigorously by members of the General Assembly. Local support is critical to ensure state funding for replacement of elections equipment.

Currently, counties and localities are responsible for purchasing their own voting machines, which is a costly unfunded mandate. Most voting equipment in the Commonwealth was purchased between 2002 and 2005. These machines are known as direct-recording electronic voting machines (DREs), and have a lifespan of around 7-10 years.

The Governor’s proposal would provide one-time funding for the state to purchase one piece of new equipment for each of the roughly 2,100 polling precincts with DREs and the other 400 precincts that have recently purchased new equipment would be eligible for reimbursement over three years if their equipment meets standards approved by the Department of Elections.

Some General Registrars have raised concerns with the state’s one vendor solution, but the proposal does allow localities to select from any certified vendor they wish to purchase from if they would like to use local funds. There are also efforts by members of the General Assembly to provide even more flexibility on the purchase of the equipment.

The bottom line for counties is that the overall concept of state reimbursement for this significant capital cost would have a positive fiscal impact on localities. There are several other legislative proposals floating around the General Assembly that would simply prohibit localities from utilizing DREs which would be a costly unfunded mandate upon localities.

VACo members are encouraged to contact their Senator and Delegate, especially Senate Finance and House Appropriations Committee members to voice their support for the funding proposal.

VACo Board of Directors meets virtually for the first time ever

See you soon at the County Officials’ Summit