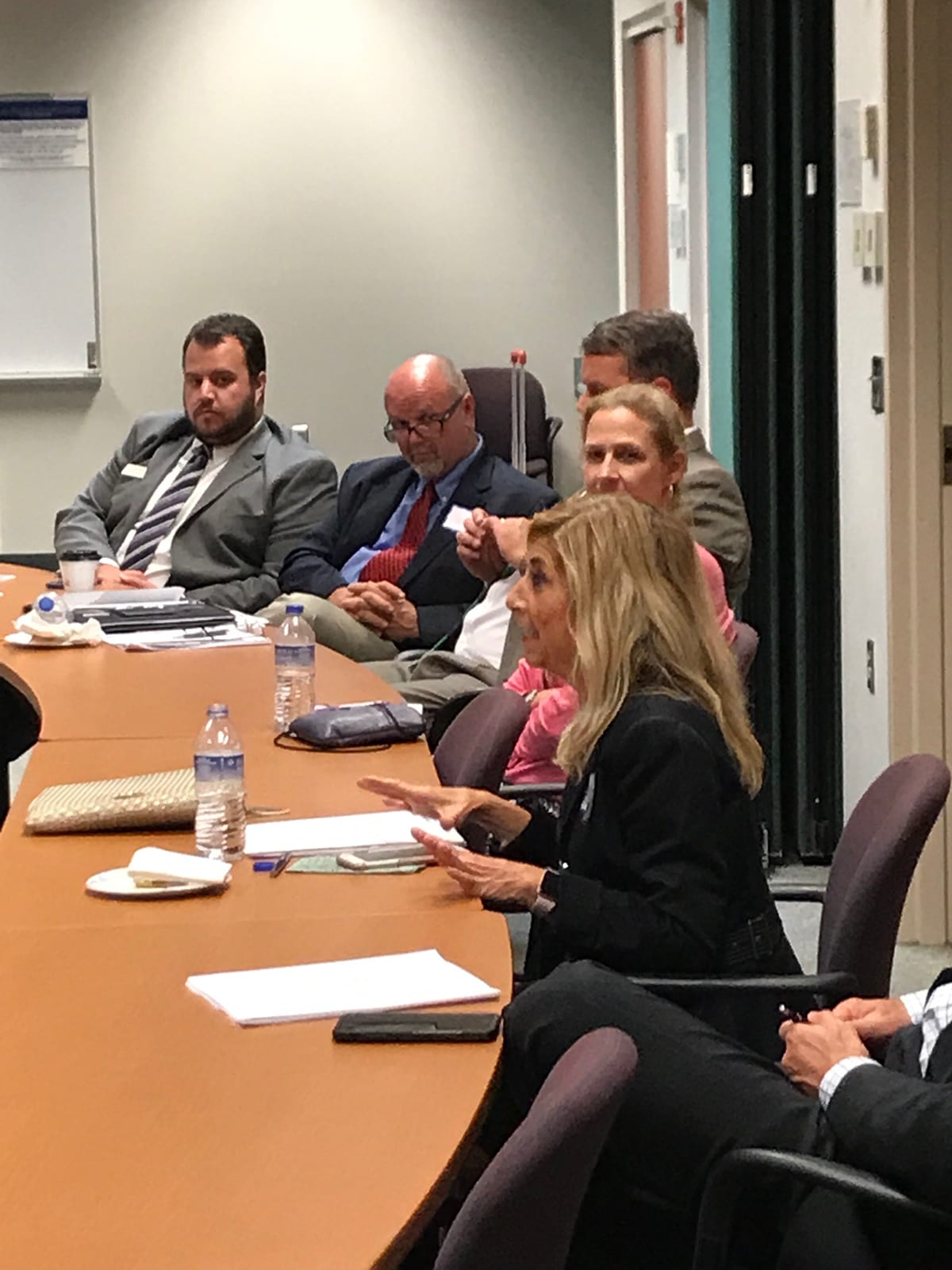 Regions 9 and 11 Meet in Botetourt County

Representatives from Regions 9 and 11 gathered in Botetourt County this week for VACo’s final regional meeting of 2017.  Attendees discussed a variety of issues of shared concern, in particular the need for improvements to Interstate 81 and the importance of high-speed internet access in rural areas.

Deputy Secretary of Commerce and Trade B. Hayes Framme made a presentation on the growth of solar energy as an industry in Virginia, noting the increase in the number of solar-related jobs in Virginia in the last several years and the significant number of proposed solar installation projects awaiting approval.  He discussed new “community solar” projects, which were recently authorized by the General Assembly and allow subscribers to purchase energy from solar generation without owning the solar panels or the land on which they are installed.  He noted that local governments retain zoning authority over the siting of industrial-scale solar installations, and that the Administration encourages solar developers to work with affected localities so that “responsible and reasonable” ordinances can be adopted governing the locations of these facilities.  The Administration recognizes that the required machinery and tools tax exemption for solar installations (a full exemption for installations generating 5 megawatts or less, and an 80 percent exemption for larger projects) is another factor localities must take into consideration when weighing approval of solar projects.

Deputy Secretary Framme also outlined several efforts underway to promote the deployment of broadband to underserved areas, including the Virginia Telecommunications Initiative (VATI), which provides gap financing for broadband projects involving public-private partnerships.  Attendees discussed the vital importance of internet access to education and economic development and shared some examples of innovative approaches to the issue, such as requiring developers to install conduit in new construction.  There was broad agreement that additional funding is needed to establish incentives to serve rural and underserved areas, and that Virginia risks being bested by other states in economic development if investments in this service are not made.

Participants expressed strong interest in working collectively with both the state and federal governments to address the congestion on Interstate 81, which poses serious safety concerns.  Collaborating with neighboring states, perhaps through NACo, was discussed, and attendees emphasized the need to begin working as soon as possible with the newly-elected Governor later this year.

VACo held seven regional meetings this year, which encompassed nine regions.  The discussions have been invaluable in the development of VACo’s draft legislative platform, and VACo is grateful to all of our hosts, attendees, regional partners, and sponsors for their participation.