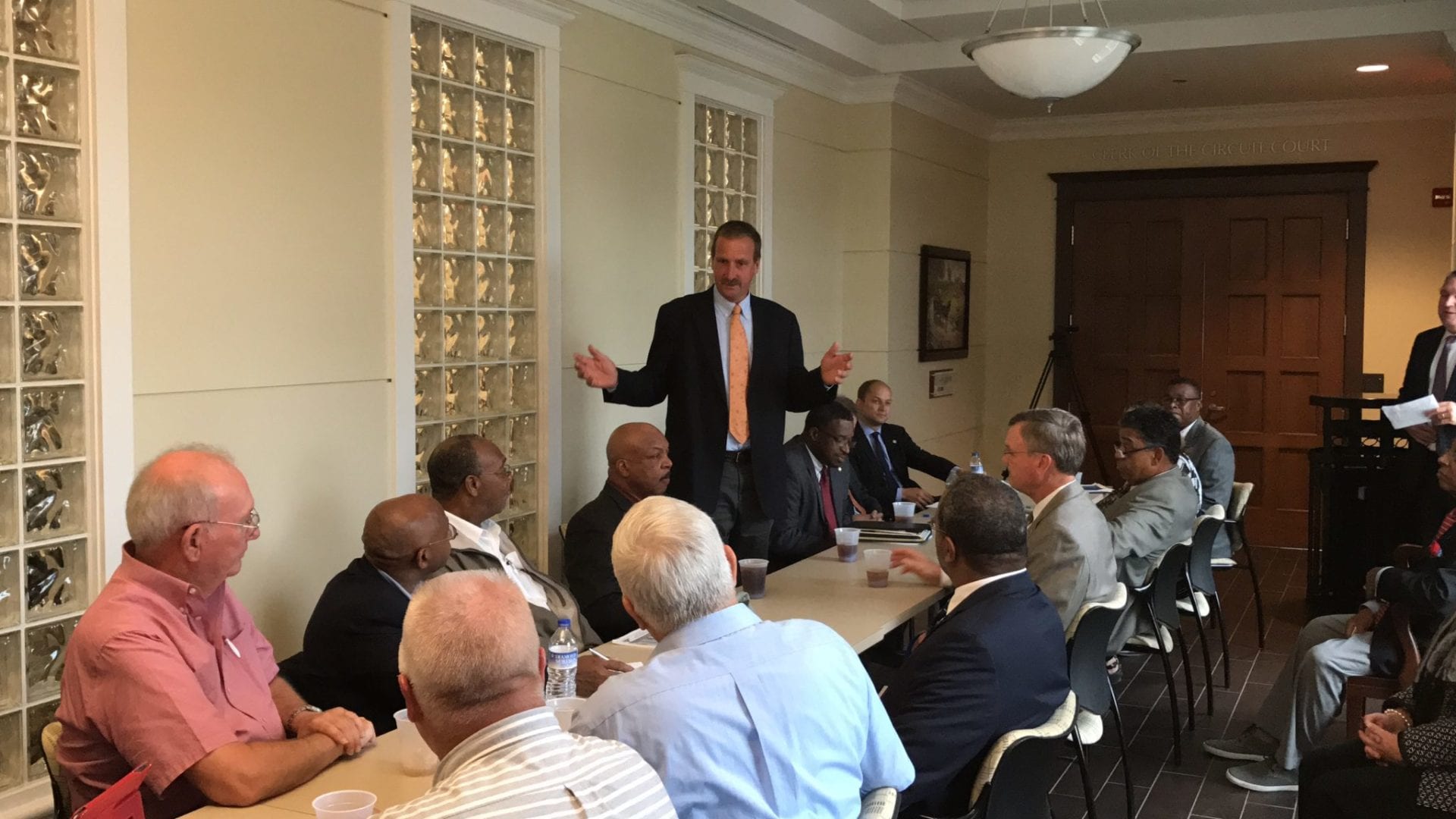 Solar farms, transportation, stormwater, Payment in Lieu of Taxes (PILT), economic development, the proffer legislation of 2016, broadband, funding for education, workforce development, unfunded mandates, and local taxing authority were among the list of issues that were raised by county officials during the meeting of VACo Region 1, which took place at the Isle of Wight County Government Complex on August 29.

Despite the loss of power caused by heavy winds and rain, meeting attendance was strong, with 40 county officials present.  Nearly all counties in VACo Region 1 were represented at the meeting.  Hampton Roads Planning District and Crater Planning Districts were all represented.

Toward the end of the meeting the county officials were strongly encouraged to review and comment upon the preliminary version of VACo’s 2018 Legislative Program and Policy Statements that will be distributed to VACo members during in late September.

Again, VACo would like to thank all sponsors for their support of our regional meetings.