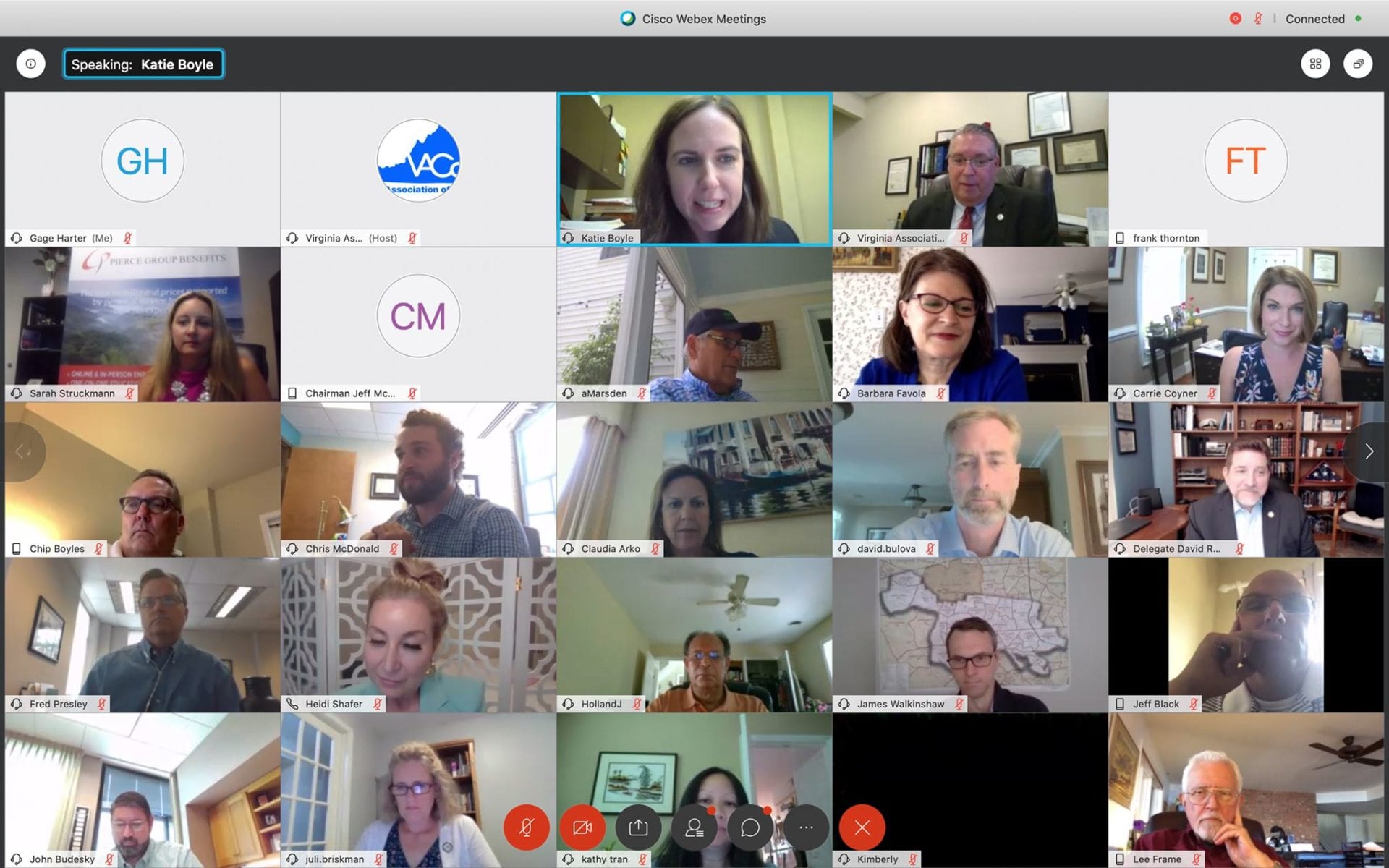 The “room” was packed on July 23 for the VACo Regions 3 & 7 & 8 Virtual Meeting when members of Governor Northam’s staff and more than 20 legislators joined 60 regional county staff and members of Boards of Supervisors as well as planning district commission community staff and VACo partners and sponsors.

Jeff McKay, VACo President-Elect and Fairfax County Chairman, initiated the meeting by eloquently expressing that although Regions 3, 7 & 8 cover many miles, the issues of concern in these areas are very similar, and it is important to hear from counties to identify the top priorities for VACo’s legislative program. Chairman McKay cited how fortunate we were to welcome Secretary of Education Atif Qarni and Superintendent of Public Instruction Dr. James Lane to share the latest news on K-12 public education and school reopening. He also acknowledged the outpouring of legislators and county staff at the meeting and said the regional meeting provided an opportunity to hear from the legislators about some overarching areas of concern – school reopening, criminal justice reform, inequity issues and the economic crisis – ahead of the special session that begins on August 18. Chairman McKay also voiced appreciation for Governor Northam’s administration for the hard work they are doing for the Commonwealth.

Secretary Qarni and Dr. Lane gave a presentation and answered questions on the phased reopening of K-12 schools in Virginia following guidance released by the U.S. Centers for Disease Control (CDC) and Virginia Department of Education (VDOE). This topic impacts every locality in the Commonwealth and poses significant challenges as local school boards prioritize the health and safety of students and staff while also being mindful of the instructional, developmental, and childcare services provided by school divisions. The speakers addressed a wide range of subjects, including childcare, funding streams, and broadband capacity. A copy of their PowerPoint may be found here.

Senator Jennifer McClellan, a member of the Senate Judiciary Committee and a leader on criminal justice reform issues, noted in her address that there are some alignments between proposals put forward by the Democratic Caucus and the Virginia Legislative Black Caucus on criminal justice reform, and she reflected on the magnitude of more than a century of systemic racial injustice and inequity leading to this point, and the changes it demands. Senator Barbara Favola, Chair of the Senate Rehabilitation and Social Services Committee, provided an overview of criminal justice reform legislation expected in the special session to bring equity to the criminal justice system, including language about banning chokeholds/strangleholds, largely prohibiting no-knock warrants, reforms on hiring law enforcement officers who have been fired or reassigned, the law enforcement decertification process, creating crisis intervention teams of co-responders, standardizing training, de-escalation training, restoring more discretion to courts and prosecutors, and authorizing localities to institute civilian review boards, as well as incentivizing jurisdictions to report data by tying this data collection to “HB 599” assistance to localities with police departments, so trends can be identified and resources better targeted. Public comments are welcome and can be heard at public_comment@senate.virginia.gov.

Delegate David Bulova, a member of House Appropriations and a budget conferee, talked about the state budget and the current process underway of looking at the unallotted items in the budget and trying to best determine what the priorities will be, such as K-12 education, early childhood education, school lunch funding, broadband, housing, Medicaid, criminal justice reform, and 2025 Bay restoration requirements.

Senator David Marsden, Chair of Senate Transportation, spoke about the future of driverless passenger vehicles and automated delivery vehicles. Delegate Danica Roem, a member of House Transportation with a longstanding interest in transportation issues, highlighted the status of the NVTA 6-year plan as well as recent actions by the legislature to boost dedicated transportation funding.

Delegate Carrie Coyner addressed broadband access. With distance learning, telework and telehealth as the new normal, the inequity in broadband access is even more evident. She highlighted newly passed legislation to facilitate the construction of broadband infrastructure along existing utility easements.

Without the attendance of a broad audience from localities, the outcome of the region meetings would not be as productive. And without VACo sponsors these meetings would not be possible. VACo is most appreciative to all who took the time to join the meeting, and bring important information, questions and responses.

Meg Bohmke, VACo First Vice-President and Stafford County Chairman, wrapped up the meeting by expressing a warm thank you, and summed up the meeting with this: “With the Webex virtual platform we had more than 80 people attending today. Today is the first day of baseball season. I would say we hit the numbers out of the park with this meeting! I would say we hit a home run!” 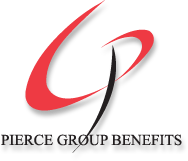