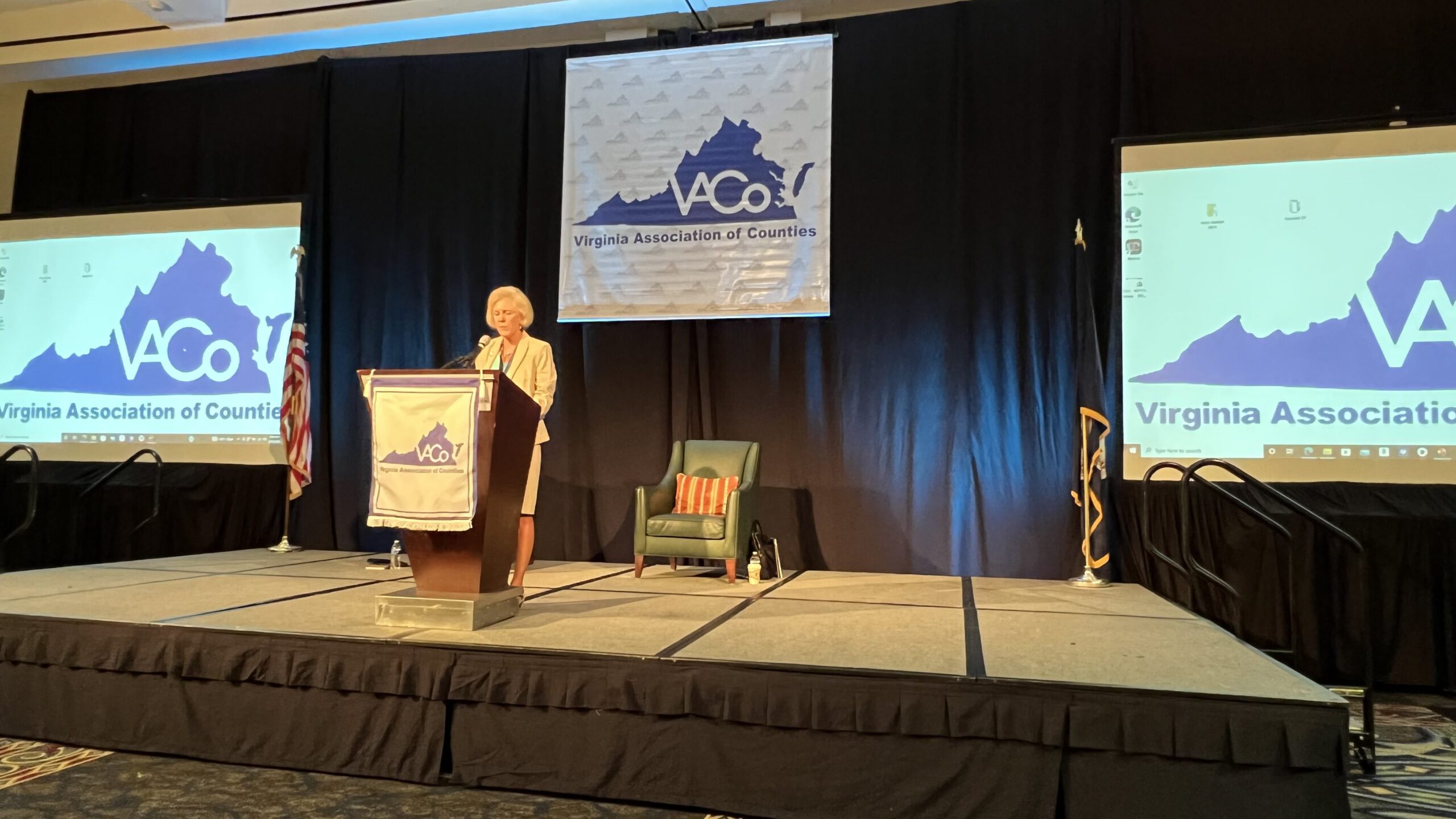 You know an event is a success when the speakers stay the entire time to engage with attendees and to learn from other presenters. That’s what happened at the VACo County Officials’ Summit on August 18.

Approximately 200 local leaders from around the state attended the Summit, which was held at the beautiful and very functional Hotel Roanoke & Conference Center. A vibrant exhibit hall greeted attendees as they started the day.

VACo President Meg Bohmke kicked off the event by introducing Roanoke County Chairman Paul Mahoney to welcome folks to the stunning Blue Ridge Mountains. Chairman Mahoney talked about life in the area and the growth of the community.

The first speaker to take the stage was Cardinal News Editor Dwayne Yancey, who worked 39 years as a reporter and columnist for the Roanoke Times. Yancey knows the area and knows state and regional journalism. He spoke about why Virginia’s media landscape is changing, and why there may no longer be a reporter covering your county. He also spoke about the future of nonprofit, online-only entities that have sprung up, and their role in the coverage of Virginia politics and government.

Commissioner Smith outlined the impact of the pandemic on behavioral health, discussed efforts to prevent and treat substance use disorder, and talked about the charge to enhance Virginia’s crisis system and address state hospital capacity to serve individuals who are subject to Temporary Detention Orders (TDOs). Commissioner Smith shared information about a pilot program through which the department is providing payments to off-duty law enforcement to maintain custody of individuals who are under TDOs.

After a break to thank our amazing sponsors like Lumos, ColonialWebb, TSI, and Visit Richmond, it was time for administration secretaries to share their agency’s legislative news and priorities.

Virginia Economic Development Partnership President and CEO Jason El Koubi closed out the Summit by discussing areas of focus and target industries for VEDP, by highlighting some recent economic development wins and by reporting on investments in the recently finalized state budget. El Koubi also outlined VEDP’s goals for the Commonwealth, which include robust state job growth, working to make Virginia the best state for business, ensuring VEDP is one of the nation’s most effective economic development organizations, and focusing on partnerships.