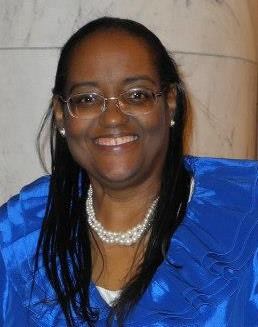 The start of each school year is always a time of new beginnings, especially as children board the bus for the first day of kindergarten. While the first day of school often marks the official start of a child’s journey into formal education, research has demonstrated that the initial steps on that path are taken years before his or her enrollment. A child’s arrival at kindergarten ready to learn is the culmination of developmental processes that began before birth and were supported by nurturing relationships with caregivers, adequate nutrition, and appropriate intellectual stimulation.

Why early childhood matters
Anyone who has observed a small child working to master a new skill such as speech or walking knows intuitively that very young children are continuously absorbing information about their surroundings – adults often liken children to sponges, soaking in stimuli and learning how to make sense of the world around them. Modern brain science has also made a strong empirical case for the importance of our early years in the development of the cognitive foundations for future learning. According to Harvard University’s Center on the Developing Child, in the first years of life, an estimated one million new neural connections are made every second as the brain’s architecture is formed, with more complex cognitive functions built on earlier connections.

With such rapid brain development occurring in these critical early years, children’s experiences early in life have a profound connection with their experiences later in life, even long into adulthood. The Robert Wood Johnson Foundation writes in a policy brief, “Research has strongly linked brain, cognitive and behavioral development early in life to an array of important health outcomes later in life, including cardiovascular disease, hypertension, diabetes, obesity, preventable morbidity and premature mortality in the United States.” The brief explains that the developing brain may be hampered by “inadequate stimulation and nurturing by adults and toxic stress,” which is thought to change the brain’s structure, in particular the systems that respond to stress. Social factors “such as educational attainment and health-related behaviors” are affected by these developmental effects, and these social outcomes are strongly linked to health outcomes.

How is Virginia doing?
In recognition of the connections between well-being in early childhood and later health outcomes, a “Strong Start for Children” is one of the overarching aims of Virginia’s Plan for Well-Being. Goals associated with that aim include reduction in the teen pregnancy rate, reduction in infant mortality for African-American infants, an increase in the number of children who are ready for kindergarten, and an increase in the percentage of third-graders passing the reading Standards of Learning test. State Commissioner of Health Norman Oliver recently reported to the Joint Commission on Health Care on the state’s progress toward its goals in these areas; the 2018 update is available online. Pregnancies per 1,000 women ages 15-19 declined in 2016 (the most recent year captured in the 2018 update) to 20.9 and have already met the 2020 target. African-American infant mortality also declined, to 10.7 deaths per 1,000 live births, but rates still exceed the 2020 goal (5.2 deaths per 1,000 live births). The percentage of third-graders demonstrating reading proficiency in 2016-2017 (74.6 percent) declined slightly relative to the 2017 update (75.4 percent in 2015-2016), but remains above the 2016 baseline (69 percent). The percentage of kindergarteners who did not meet literacy skills benchmarks for school readiness increased (to 15.9 percent); the 2020 goal is 12.2 percent.

A 2017 report by the Joint Legislative Audit and Review Commission (JLARC) cited a 2014 assessment of a representative sample of children’s kindergarten readiness in social skills, self-regulation, literacy, and math through the Virginia Kindergarten Readiness Program (VKRP), which found that two-thirds of children assessed were ready for kindergarten in all four areas. Of the one-third of children who were found not to be ready, most of the children lacked appropriate social and self-regulation skills. Budget language adopted in 2018 requires all kindergarteners to be screened with VKRP by the end of the 2019-2020 school year, so more robust data on kindergarten readiness is expected to be available in the future. The same report points out that children living in poverty were less likely to be ready for kindergarten; an estimated 17 percent of children younger than five live in poverty in Virginia. Other risk factors include premature birth or low birth weight and prenatal exposure to alcohol, tobacco, or other drugs. In 2015, 9.3 percent of babies in Virginia were born prematurely, and 7.9 percent of babies were underweight at birth; in 2014, 7.8 percent of mothers reported smoking during pregnancy and 0.6 percent of babies were born with neonatal abstinence syndrome.

What can be done to promote healthy development in early childhood?
High-quality early childhood programs can help to mitigate some of the risk factors that might otherwise hamper young children’s development, and economists have estimated that such programs provide significant positive returns on investment. The Robert Wood Johnson Foundation discusses the long-term protective effects of several programs in a policy brief, pointing out that participants in the Carolina Abecedarian Project in the 1970s, who were studied from early childhood to age 35, demonstrated lower risk factors for cardiovascular and metabolic disease, such as diabetes. Nobel Laureate economist James J. Heckman’s review of this program and a similar one concluded that “high quality birth-to-five programs for disadvantaged children can deliver a 13 percent per year return on investment.” Economists Arthur J. Rolnick and Rob Grunewald at the Federal Reserve Bank of Minneapolis made a similar case in a 2007 paper, citing an annual inflation-adjusted rate of return for several programs of between 7 and 18 percent.

Quality in early childhood programs continues to be the subject of discussion – for example, how best to improve the skills of child care providers and preschool staff when compensation levels are often low – but basic elements of a successful program are generally understood to include a stimulating, language-rich learning environment for children with supportive interactions with caregivers, and often include support for parents or caregivers at home. Early childhood programs can include formal preschool, child care, programs specifically targeted to children with disabilities, and voluntary home visiting programs that may begin even before birth to support at-risk parents.

Key programs in Virginia
Significant federal, state, and local dollars are invested in early childhood in Virginia, and state policymakers are increasingly interested in maximizing the benefits of these investments. The Virginia Early Childhood Foundation’s 2017 Children’s Budget Report tallied early childhood spending in Virginia and found that $1.37 billion in state and federal funds was spent in FY 2018 on children aged 0-4, with 54 percent of that funding supplied by the federal government and 46 percent contributed by the state. The bulk of the state dollars are spent through Virginia’s Medicaid program, followed by the Virginia Preschool Initiative, which serves at-risk four-year-olds.

The 2017 JLARC report helpfully categorizes major early childhood programs in Virginia, to include voluntary home visiting programs such as Healthy Families, Resource Mothers, and Nurse-Family Partnership, which all aim to promote parenting skills; pre-kindergarten programs such as the Virginia Preschool Initiative; the child care subsidy program, which helps to support children’s development as well as parents’ ability to work, and programs for children with special needs (Early Intervention and Early Childhood Special Education). Localities contribute to many of these programs, such as the Virginia Preschool Initiative, which requires a local match based on the local composite index (with a cap of 0.5). These programs are administered through different state agencies across secretariats, and language in the recently-adopted state budget directs state agencies to examine whether funding could be better used if it were consolidated in an integrated early childhood fund; a report is due in October.

Earlier this summer, Governor Northam issued an executive order establishing the Children’s Cabinet, which is chaired by First Lady Pamela Northam and charged with promoting school readiness, improving access to nutrition for children and pregnant women, enhancing school safety, and coordinating a system of care that responds to childhood trauma and helps to build resilience. First Lady Northam has embarked on a “back to school” tour of early childhood programs and elementary schools with Virginia’s Chief School Readiness Officer, Jenna Conway, to promote the importance of early childhood programs in preparing children to succeed in school.

In my next column, I’ll be highlighting some of the great work happening in Virginia counties to prepare our youngest residents for healthy, successful lives.

Comments from local officials requested on ‘Waters of the US’